How Developer Will Blodgett Built Fairstead Into an 18-State Juggernaut 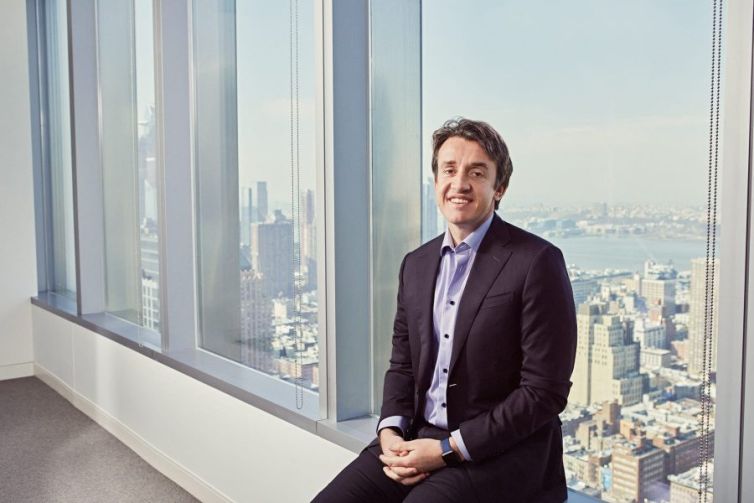 Will Blodgett and his co-founder Jeffrey Goldberg have built an affordable housing empire of more than 14,000 units across 18 states since 2014. Photo: Emily Assiran/For Commercial Observer

Affordable housing developer Will Blodgett was born with a stutter. Bullied by other kids growing up in Ravenswood, on the North Side of Chicago, he was constantly getting into fights, struggling in school. His father, concerned about the family’s future in Chicago, moved him, his mother and three younger siblings across the country to Laguna Beach, Calif., when he was 13.

His first months on the West Coast were a struggle too.

“I was this kid from Chicago, you know, with a stutter, getting into fights,” the 38-year-old married father of three recalled. “Everybody there was like, ‘Whoa, dude, what’s the matter with you?’ So my first two months there, I got straight Fs. There’s a quote by the Roman general Marcus Aurelius, which goes, ‘The impediment to action advances action. What stands in the way becomes the way.’ So the impediment to my action was actually my speech impediment, right? And the anger that I felt because of it.”

The experience of growing up with a stutter, combined with his working-class childhood, informed his worldview and his approach to real estate.

“Our number one value is empathy,” he said of Fairstead, the investment and management company he co-founded in 2014. Blodgett knew he wanted to get into the business of building communities, which is why he named his firm “Fairstead” after the office and home of renowned planner and architect Frederick Law Olmsted, who designed Prospect and Central parks, along with Eastern Parkway in Brooklyn.

After his rocky early years, Blodgett went on to college at Yale University, where he played varsity football, and an MBA program at the Massachusetts Institute of Technology. In between Yale and business school, he worked as a special assistant to the executive team at the New York City Housing Authority, and did a brief stint at a real estate company in Boston. At MIT, he ran the annual Sloan Sports Analytics Conference, where he fell in love with the idea of applying “big data” and analytics to real life.

“It’s cool that Will went on to use data and technology to innovate in the affordable housing space,” said Daryl Morey, who co-founded the conference and is now the president of basketball operations for the Philadelphia 76ers. “If he wasn’t in affordable housing, he might be in sports. Whenever we have a big game, he’ll come down and be the loudest person in the stands. He was famous when I was in Houston [working for the Rockets], and, at Giants games, he would be the loudest person in the stadium. We both like musical theater and every once in a while we’ll break out into song in the stands.”

Morey even recalled that when Blodgett was running the conference, the keynote speaker — a famous owner of a major sports team whom Morey declined to name — was missing when it was time for him to speak.

“He sprinted to the hotel, not even kidding, broke down the door of the celebrity who happened to be on a conference call and was there shocked, and sort of dragged him all the way back down over.”

After grad school, Blodgett worked at Related Companies, starting as an intern in 2011 and then in the company’s affordable housing division from 2012 to 2014. Then, at the tender age of 31, he decided to take the plunge and found his own real estate firm.

“In hindsight, I think it must have been a brief period of insanity,” he said. “I was really inspired and motivated to make a difference. And we are, we’re really making a difference, you know; and then we probably impact at least 30,000 people every day who live in our properties.”

Today, he and his co-founder Jeffrey Goldberg own through Fairstead about 14,000 apartments across 18 states, including about 3,500 apartments in New York City. One of their first major purchases in the five boroughs was the $315 million acquisition of the Savoy Park Apartments, a 1,790-unit rent-regulated complex in Harlem, in 2016.

The firm also owns a portfolio of 1,200 Section 8 apartments throughout New York City, in neighborhoods like Harlem, the Upper West Side, and Sunset Park, Brooklyn. Fairstead renovated the units and worked with the federal Department of Housing and Urban Development to extend the agreement that keeps the units in the Section 8 program.

Blodgett and his team are also working on the conversion of a former single-room occupancy hotel at 117 West 79th Street, on the Upper West Side, into low-income senior housing. The property, formerly the Park 79 Hotel, will become 77 apartments for seniors making up to 50 percent of the area median income. A regulatory agreement with the city’s housing agency will keep the apartments affordable for up to 60 years. A neighborhood nonproject, Project FIND, will provide on-site social services.

On average, Fairstead has managed to reduce energy consumption at its properties by 30 percent over three years, said Blodgett. The firm has focused on doing energy efficient retrofits at its projects in New York City and across the country. At the Park 79 Hotel, Blodgett aims for the project to be all-electric, including heating and appliances.

Up in Harlem at the 17-building Savoy Park, the company put in low-flow toilets and faucets, energy-efficient appliances and a centralized ventilation system. It even put in a building sensor system that alerted building managers to the fact that each building had pipes leaking on the eighth floor, wasting hundreds of gallons of water. Once the leaks were fixed, the complex saw significant reductions in water usage.

In West Warwick, R.I., the developer installed solar panels on the roofs of the Echo Valley Apartments. It also decided to develop a community solar program, and see if surrounding residents would sign on to take any remaining solar energy that the complex couldn’t use. Echo Valley is one of the first affordable housing developments in the country to use community solar.

In the last year, the firm has closed nine transactions for senior affordable housing in Florida, picking up properties in Miami, Naples, South Palm Beach County, Boca, Jacksonville and Davie. It also has 2,000 units of affordable housing under contract in Texas.

Blodgett hopes to own at least 30,000 affordable apartments nationwide by 2025—roughly double his current footprint. While that might seem like a tall order for the seven-year-old firm, people in the real estate industry who know Blodgett think he could pull it off.

“He’s essentially built a juggernaut in the industry in a very short period of time,” said David Leopold, a senior vice president and head of affordable housing at commercial mortgage servicer Berkadia. “They still have this scrappy, underdog mentality that helps them win. Even though, based on size and capacity, they’re not. They have one of those big prizefighter belts, like heavyweight belts, I bet it weighs five or 10 pounds, literally right on the side table in the middle of their conference room, which kind of tells the story. It’s a scrappy, fight-every-round kind of business.”

“Will is a complete nut but in a good way,” said the financier. “He is a feverishly driven, manic personality who has chosen as his focus a desire to contribute to public service through affordable housing, preservation and development, and to build a really impressive company and platform filled with people who have those same goals.”

Goldberg, his co-founder, said, “For Will, it’s all about his relationships with people, whether it’s building an incredible team, creating bonds with partners or working to make sure residents in our communities feel truly at home.”

Laurie Grasso, a real estate attorney and partner at law firm Hunton Andrews Kurth, said that she connected with Blodgett because of his competitive spirit.

“He said he had the goal of bringing an A-plus team into Fairstead,” Grasso said. “He’s just got this great group of talent, and I think he took this sports mentality and implemented that into his business effectively. I played volleyball in college and he played football. That play to win mentality, I look for that mentality in people I hire, that drive and competitiveness. It’s not just play to win, it’s about doing it in a way that’s empathetic and understanding social impact.”

Morey, the basketball exec, put it even more bluntly: “If you have a problem, he’s like sicing a pitbull at someone,” Morey said. “He’ll make it happen, by hook or by crook. Very determined, very hard-working, obviously. I’m a pretty driven person, and I even sometimes tell him to give it a moment sometimes, let it ferment before you go to the next step.”

Still, even with his drive, Blodgett manages to remain passionate and offbeat—in his approach to real estate and life.

“He sings to his children and he has a singing coach,” Leopold said. “He’s got young children and among the ways he spends time with them in the evening is he sings to them. That’s kind of a cool thing. There’s no accident that he has that kind of renaissance man outlook; he quotes historical figures, he crunches numbers. That translates into the business because I think it’s a unique and creative outlook.

“He’s open to new ideas in ways that a lot of people in real estate development and finance aren’t necessarily. It’s made him more of an out-of-the-box thinker because he comes at things from different angles.”