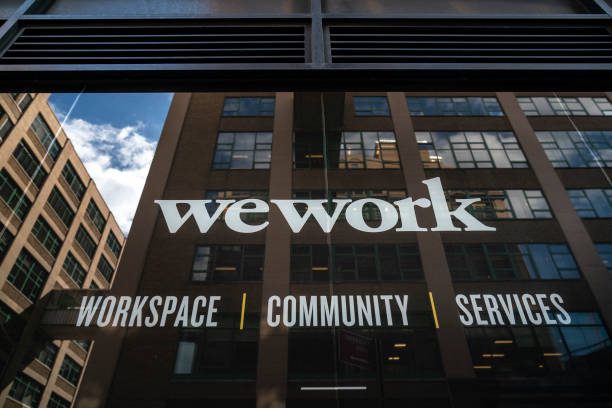 WeWork is still bleeding cash, but it’s getting better.

The coworking giant — which went public last month after merging with a special purpose acquisition company (SPAC) — saw $661 million in revenue in the third quarter, an improvement from the $593 million it posted in the previous quarter but a drop from $811 million during the same period last year, according to its first earnings report as a publicly traded company.

But its net losses improved. WeWork lost $844 million in the third quarter compared to $941 million a year prior, and the company has pointed to strong leasing activity as a reason for optimism about its future. WeWork’s stock was up nearly 3 percent to $9.46 on Monday afternoon after the results were released.

WeWork’s clients have been slowly returning to its 932,000 spaces, with occupancy creeping up to about 59 percent in September from a low of 46 percent in December last year, according to its third-quarter earnings report.

The company saw its memberships increase too, from 406,000 in June to 464,000 in September — but those numbers were still a far cry from the 514,000 WeWork members in September 2020, according to the report. WeWork’s September memberships were even lower than its numbers in March 2020, at 693,000 members, The Real Deal reported.

WeWork was hit hard by the pandemic and harder still by its disastrous first initial public offering (IPO) attempt in 2019. The company posted a loss of $1.6 billion on $1.8 billion in revenue in 2018 and faced serious scrutiny from investors. It cut hundreds of locations before and during the pandemic, finally managing to go public with an $8 billion valuation, far lower than its peak $47 billion valuation in 2019, but an improvement from the $2.9 billion it was worth in May 2020.

The coworking giant was on the brink of bankruptcy before Japanese conglomerate SoftBank Group bailed it out, losing its co-Founder Adam Neumann as CEO in the process. WeWork has managed to survive since, after Neumann extracted more than $2.1 billion from WeWork, its investors and SoftBank, even as WeWork lost more than $11 billion during his tenure, according to the book “The Cult of We: WeWork, Adam Neumann, and the Great Startup Delusion” by Wall Street Journal reporters Eliot Brown and Maureen Farrell. Neumann contends he only took about $1 billion.

Even after his removal, Neumann hasn’t stayed too far away — the ex-CEO said in his first public interview since the coworking firm’s initial IPO attempt that he called the head of BowX Acquisition Corp, the SPAC that took the company public, to push for WeWork’s public offering.