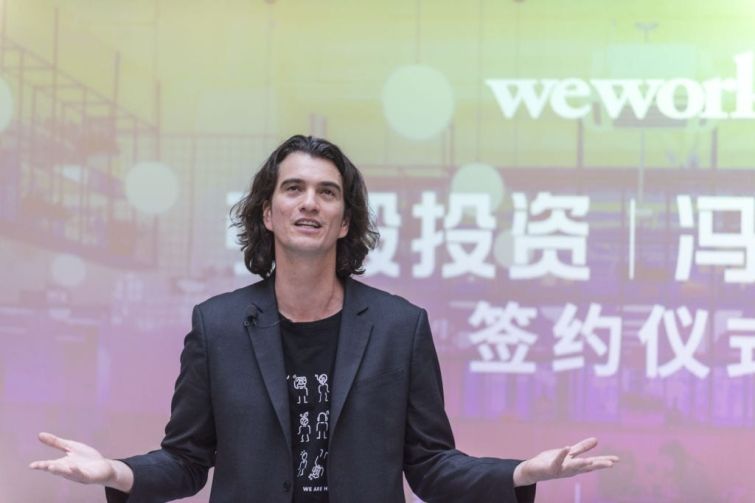 Adam Neumann extracted even more wealth than originally known during his time at the helm of WeWork, mainly through an entity controlled by him that sold off shares after nearly every fundraising round, according to a new book.

Neumann owned 83 percent of We Holdings LLC, which sold off nearly $500 million in stocks during WeWork funding rounds, much higher than the $300 million originally reported, according to “The Cult of We: WeWork, Adam Neumann, and the Great Startup Delusion” by Wall Street Journal reporters Eliot Brown and Maureen Farrell.

“Most of that had taken place when SoftBank had bought out the shares of some existing investors,” Brown and Farrell wrote in the book. “But it also included $130 million in sales that were tailor-made just for [Neumann] as part of earlier financing rounds. It’s not known exactly how much Neumann pocketed versus [co-founder Miguel] McKelvey and other small investors in the entity, but the bulk went to Neumann.”

Through his stock sales, cash settlement payments and golden parachute, Bloomberg estimated that Neumann pulled out more than $2.1 billion from WeWork during his tenure, even as the company lost more than $11 billion.

Neumann founded WeWork with McKelvey in 2008 and took it from a small coworking operator in Manhattan to a company worth $47 billion.

However, after its disastrous initial public offering — which threw open the doors to its money-burning business model — and Brown and Farrell’s previous reporting that showed Neumann’s erratic leadership style, Neumann stepped down in 2019. WeWork tapped Sandeep Mathrani, a legendary real estate figure known for pulling mall operator GGP out of bankruptcy, to right the ship.

While Neumann’s hard-partying leadership style was previously known, “The Cult of We” revealed that Neumann held an “impromptu celebration” in his office that led to him and other staff throwing a tequila bottle through a glass pane. And, during one private flight that Neumann took, the cabin was filled with so much marijuana smoke that the crew had to put on oxygen masks to breathe.

The book also showed how after one former employee sued over sexual harassment allegations, Neumann pushed to leak images taken from her social media account to the press, showing her in what Newmann considered to be a poor light, and put out a comment attacking her publicly. (WeWork’s then-head of communications refused to leak the photos.)