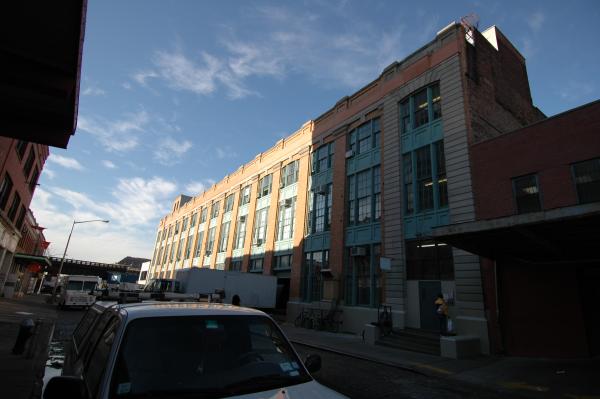 A little sparkle is coming to the Meatpacking District.

The recycled gold and gemstone designer moved into its new showroom, dubbed the Renna Annex, on Oct. 1 and plans to open for appointments this coming holiday season, according to brokerage MONA, which represented RENNA in the deal. Asking rents were $110 per square foot in the three-year lease, per landlord representative L3 Real Estate’s Matt Cohen and MONA.

“The building, in general, is a hub for creative tenants and fashion tenants,” MONA’s Sara Armet told Commercial Observer. “I think it was a natural fit.”

RENNA wanted to be a part of the Meatpacking District because of the area’s exciting vibe, said MONA’s Brandon Singer. The neighborhood is home to Google’s multi-million-square-foot campus, and the trendy office market became popular for large corporations like the tech giant prior to the pandemic that decimated New York City’s office property values. The building itself was a plus as well, said Cohen, who brokered the deal for the landlord.

The company, which takes its namesake from founder Renna Brown-Taher, will be located on the second floor of the property, between Washington Street and Ninth Avenue, which was built in 1901, according to PropertyShark. The building is also home to mobile game studio Dots and web designer Valtech Solutions.

MONA’s Singer and Armet handled the deal for RENNA.