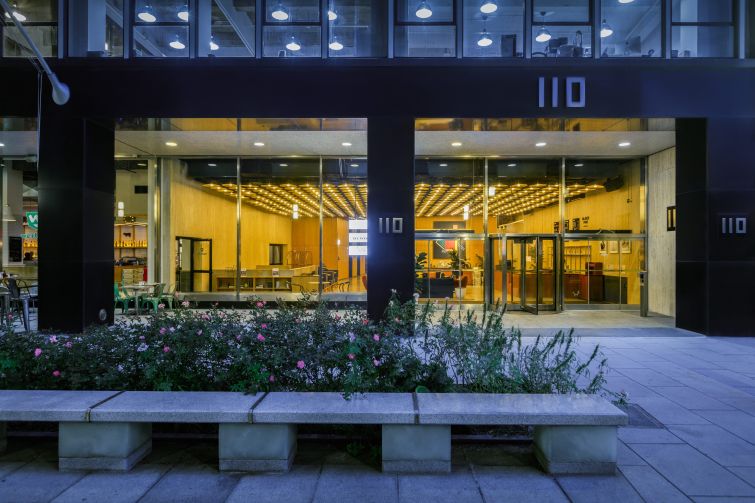 WhyHotel will offer a mix of short-term and overnight stays and leases longer than 30 days at the 200-unit Rudin Management Company building. It’s operating the 27-story tower “on a perpetual basis,” Jason Fudin, the CEO and co-founder of WhyHotel, told Commercial Observer. Fudin would not disclose the specific terms of the deal.

“It’s right in the heart of the Financial District in New York, which is a great market for both leisure and business,” Fudin said. “New York has always been on our road map of places to open. We’re just super excited to be able to have this opportunity. Our plan is to be in every major U.S. metropolitan area over time, but being able to open in New York is a critical step.”

Rudin took over management of the building after WeLive ditched it and a North Virginia location in July when it shut down its operations following WeWork’s disastrous 2019 initial public offering attempt. (WeWork successfully went public last week.)

The coworking giant first leased the building in 2013 after Rudin CEO William Rudin canceled all office leases at the tower that same year due to flooding damages from Superstorm Sandy and converted it to a residential property two years later.

Through a partnership with Rudin, WhyHotel will lease out the remaining longer-term rental units and open its doors to guests looking for stays shorter than 30 days on Nov. 1. WhyHotel advertises its listings on its own website, partners with relocation companies and lists its availabilities on sites that include Expedia and Airbnb.

WhyHotel, which has a presence in D.C. and Miami, will offer fully furnished units to guests — with Rudin providing the furniture and internet access — along with amenities like a seventh-floor terrace with an outdoor grill and kitchen, a fitness center, guest laundry room and community kitchens, according to Rudin and Fudin.

“We are constantly striving to enhance the tenant experience and evaluate new ways to provide our residents with best-in-class services and amenities in the city’s top neighborhoods,” Ray Houseknecht, head of multifamily at Rudin, said in a statement.

Rudin declined to comment on the building’s history with WeWork.