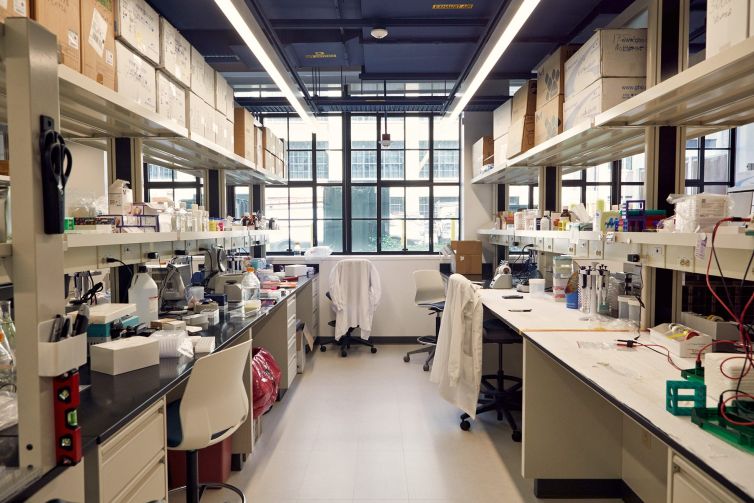 All this talk about viruses, variants and vaccines was just what the doctor ordered for the life sciences industry.

Significant advancements in artificial intelligence and mRNA technology for COVID-19 vaccines opened the door for new treatments for a wide range of other ailments, including HIV and cancer, and sparked further public and private capital investment in life sciences.

Cushman & Wakefield estimates investors injected $70 billion into life sciences companies in 2020, representing a massive 93 percent jump over the previous record set in 2018. Now, as demand outpaces supply, C&W projects that 2021 will again set a new record for investment, which is on pace to surpass $70 billion. Venture capital funding already set a new quarterly record this year, surpassing $10 billion from January through March.

CommercialEdge released a report this week showing developers are rushing to add more space to meet demand and take advantage of rising rental rates. About 7.2 million square feet of new labs are under construction in the U.S., with an additional 11.6 million square feet in the planning stages. With conversion projects included, there’s an estimated 18.9 million square feet currently underway.

Nationally, there is already more than 155.8 million square feet of lab space. But the life sciences industry is highly concentrated in a handful of markets, including Boston-Cambridge, the San Francisco Bay Area, and San Diego. Those markets host nearly half of all lab space nationwide. Each of the top markets in the U.S., as well as some newer emerging markets, saw significant rent growth just between mid-2020 and the first quarter of 2021.

With an estimated 37.9 million square feet of lab and research & development space, Boston-Cambridge alone accounts for about a quarter of national lab space thanks to institutions like the Massachusetts Institute of Technology and Harvard University. The 15.8 million square feet in the Cambridge submarket is the most expensive space in the nation, where rents are up more than 10 percent since mid-2020 to $99.94 per square foot per year, according to CBRE.

New Jersey is another hotspot in the Northeast with 20.4 million square feet of lab space and tenants like Merck, Bayer, Johnson & Johnson, and Bristol Myers Squibb. San Diego is home to more than 18 million square feet with companies like Blackstone-owned BioMed and Tanvex in Sorrento Mesa. And the Washington-Baltimore market is home to 10.65 million square feet, while asking rent jumped about 25 percent since mid-2020.