Commercial Observer assembled some of the industry's top experts 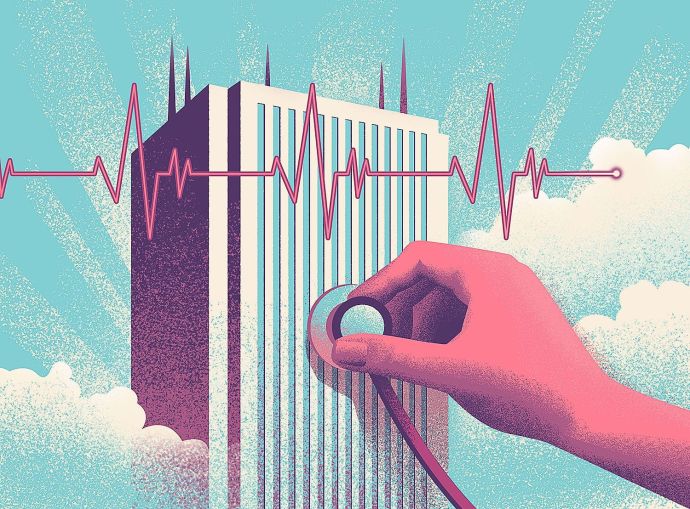 Ecosystems provide the foundation for both science and scientific research, as the environment which a life sciences center inhabits outlines its trajectory for success. Factors such as access to academic institutions, hospitals, talent pools, and funding comprise such ecosystems — the futures of which were among the topics discussed during Commercial Observer’s “Life Science Forum: Analyzing the DNA of Smart Real Estate Strategies” on June 22.

The event opened with an introduction from CBRE’s senior director of research, Ian Anderson, who provided background information about the ever-growing life sciences sphere.

Like many trends the pandemic accelerated, growth in life sciences is anticipated to continue at a rapid rate.

“As we look forward, there is nothing in our data that shows any change in the positive momentum we are seeing,” Anderson said. Panning out to the big picture, he predicted that this acceleration is the start of a multi-decade expansion — one that will integrate life sciences into a “great role in each of our daily lives going forward.”

This increasing emphasis on life sciences is especially prominent at the tail of the pandemic, which not only spurred a widespread recognition of the importance of scientific research, but also encouraged companies to take expedited risks.

“There’s been a push and a renewed willingness to take risks in life sciences in a way that people had sort of fallen away from in years past,” said Cerise Marcela, senior vice president at CBRE. This surge in scientific research has corresponded with a communal sentiment of working for the greater good, resulting in increased collaboration made possible by communal lab spaces.

Adam Milne, chief operating officer at BioLabs, zeroed in on collaboration in a fireside chat with Marcela and Cathy Cunningham, CO’s finance editor.

“BioLabs is a network of co-working lab spaces,” he said. As BioLabs was designed for the entrepreneur, it aims to limit the obstacles between starting a company and actually getting to the nitty-gritty of scientific discovery. As such, the structure of companies like BioLabs allows researchers to immediately begin working without having to worry about the minutiae of leases, equipment, and paperwork, among other logistical concerns that feed an ecosystem.

In terms of competition in the industry, neither Milne nor Marcela view the growing demand as cut-throat.

“I don’t like to think of other folks competing in this space because we’re all trying to move things forward,” Milne said. “In general, our lab spaces and our designs are all around intentional and formal — but purposeful — kinds of collisions.” For example, a researcher conducting an individual experiment through BioLabs may be able to talk to somebody else within the shared space about a similar project. The opportunity to feed off one another’s ideas promotes an efficient and intentional work ethic capable of leading to something bigger.

This sense of collaboration emerges not only on the scale of the actual life sciences facility but also as a byproduct of the cluster in which the facility resides. Certain geographical clusters like the Boston and San Francisco areas have an onslaught of talent, as well as medical facilities, research institutions, and neighboring companies — factors that then feed into the expanding, circular ecosystem.

In the first panel of the forum, entitled “Accelerating Sector Growth: A Look at National Life Science & Biotech Development & Trends,” Jeff DeVuono — executive vice president at Brandywine Realty Trust and life sciences and regional managing director of its Pennsylvania region — noted the importance of building in markets with pre-existing resources and networks.

Beyond the ecosystem, the life sciences facility itself should correspond with the intended purpose of the building — a purpose that needs to be identified and discussed from the architectural point of development onward, panelists said. User requirements for a building may initially be unknown, so developers and owners, as well as architects and engineers, must account for such gray areas and work quickly to accommodate the needs identified by the tenant.

“We have a saying at SGA,” Spagnolo said. “We do not want the building to get in the way of science.”

The interplay between facility and function is an especially paramount consideration in places like New York City, which despite its potential for advancement has yet to see the same level of development as West Coast and New England urban areas.

These panelists agreed that New York’s proximity to a multitude of universities and hospitals, easily accessible subway system, and inundation of talent have laid the groundwork for life sciences to flourish. Schubert said that the city “really offers the ability to dovetail amenity packages with institutions with talent.”

Yet the city’s true assets are in the idiosyncrasies of its specific ecosystem.

“When it comes down to it, ecosystems are really all about inspiring creativity,” Schubert said, noting that the convergence of artists, scientists, and tech experts opens the gates for exponential development. He also pointed to New York City’s financial centers as another key to setting the stage for scientific investment.

Ticku similarly believes in the future of New York, going so far as to predict that biology — what she described as the “fourth industrial revolution” — will underlie the city’s strength. “I think that New York will be the global headquarters for consumer biotech,” she said, contending that the city is the most logical place for what would be an incredible infrastructural and economic shift.

Before any of these changes can come to fruition, however, New York must first weather a few challenges.

“At this point, we can’t build this stuff fast enough,” Weir said, as demand dictates a rapid pace for the development and construction of life sciences centers.

Though they must move quickly, developers and tenants alike have been urged to think deliberately and long term.

“Every three years, every company in the life sciences sector goes through a reset,” Harborth said, noting that the demands required of a lab space may change. For example, a start-up may evolve into a biotech company that later becomes a large pharma company. How to account for such changes without having to move an entire office becomes imperative from the early stages of leasing.

Even with contracts that last five to 10 years, tenants may need additional amenities and should account for such flexibility in both their initial lease and initial construction choices. This predicted shift in scale and growth creates variables of the unknown that restrain an all-in push toward the future, panelists said.

In terms of short-term planning, tenants should similarly plan for the amount of space required to conduct business. Life sciences facilities take up approximately three times the amount of space as office buildings that house equally sized, non-life sciences corporations. Due to the lab component of life sciences properties, as well as lab specific parameters such as heavy equipment and filtration and ventilation systems, these buildings require more space — a necessity that quickly becomes expensive.

Cost is therefore a key consideration in building that the experts in the next panel — “Bio Basics: Breaking Down the Unique Infrastructure Needs of Life Sciences & Biotech Tenants” — discussed in detail.

“The more infrastructure you build into the project, the higher your rent generally is,” said Scott Metzner, principal at Janus Property Company. To mitigate cost, he suggested identifying the critical infrastructural basics at the beginning of the leasing or building process and working from there.

For example, COVID has created a desire for air that does not re-circulate to neighboring offices, but many labs already had such a system in place prior to last year. Montalto also predicted that labs with improved ventilation systems will be key for the future.

Another trend emerging in life sciences has changed the breakdown between lab and office space. Life sciences facilities have historically been split 50/50 between the two, but as office work can be done from home and lab work only done on-site, COVID shifted that ratio; now the lab-office breakdown falls closer to 60/40 and as far as 70/30.

Even the format of how that office breakdown looks is slated to change, panelists said, as companies want to incentivize employees to work on-site even on the days they don’t have lab work. Tenants are therefore trying to integrate more collaborative workspaces and conference rooms, prompting a redesign across the board.

“We think that the sky’s the limit,” he said about New York’s scientific potential. “We’re very curious to see what tenants choose.”