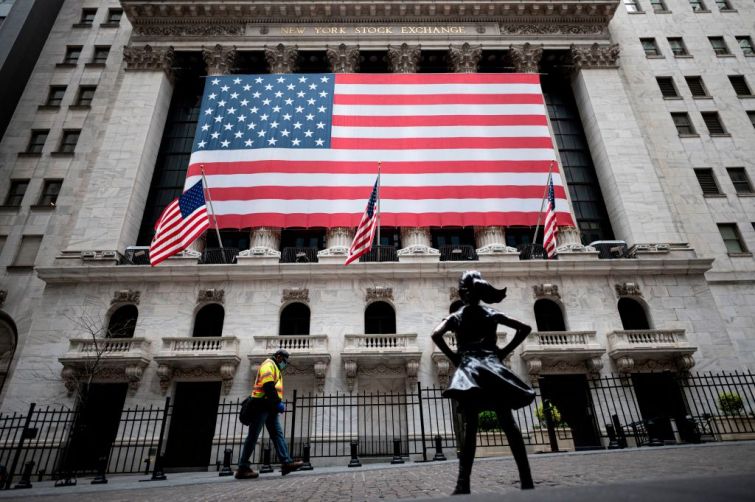 State Street Corp.​​, the financial firm best known for commissioning the Fearless Girl statue in the Financial District, is leaving its two New York City offices in favor of a mix of co-working, work from home, and in-person at the company’s New Jersey and Stamford, Conn., outposts.

Executives at the Boston-based firm told its New York workers they won’t return to Midtown this year, after warning them in May to prepare for the closure of its offices, Wall Street Journal first reported. Those more than 500-some employees in the firm’s custody bank and money-management business had mostly worked remotely since the pandemic began, and few returned to the office on an as-needed basis.

“We absolutely see the value for having physical space in the area that serves as a hub for employees and clients in the NYC area,” State Street spokesperson Edward Patterson said in a statement to Commercial Observer. “But we also know this is a tremendous opportunity to reimagine and redesign the workplace in a very fit-for-purpose way that improves performance, productivity and our employees’ experience.”

The employees have an option to work from the firm’s other offices in New Jersey and Connecticut or in co-working space it has secured, but State Street is not requiring staffers to go to those locations. Instead, it’s letting different groups across the company determine what mix of working from home and working in person would be best, WSJ reported.

“Like most other companies, we have seen our employees adapt quickly to working remotely, and we intend to capture and adopt the new ways of working that have arisen during the COVID crisis so that we make the improvements and make adjustments as needed,” Patterson said.

The move to sublease would bring in some extra cash for State Street, which has seen low-interest rates cut away at the bank’s bottom line, WSJ reported. The company announced plans to cut 1,200 jobs and to reduce office space earlier this year.

State Street — which commissioned the Fearless Girl statue that stands facing the Charging Bull one to promote a gender-diverse index fund —  is not alone in changing its return to work plans in recent weeks.

Social media behemoth Facebook pushed its full return to the office to January 2022 at the earliest, the company announced Thursday. It is one more in a growing line of companies — including Amazon, American Express, Capital One, John Hancock, McDonald’s, Microsoft and Wells Fargo — that have pushed back their office return dates until after Labor Day.