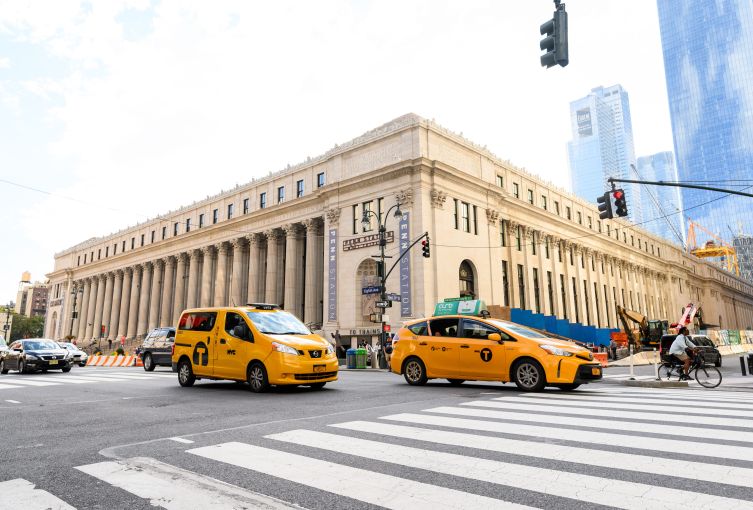 Social media giant Facebook announced on Thursday that it would push its full return to office to January 2022 at the earliest. The move underscored what’s become a kind of mass scramble by major U.S. employers to push their own returns well past Labor Day.

“Data, not dates, is what drives our approach for returning to the office,” a Facebook spokeswoman said. “We continue to monitor the situation and work with experts to ensure our return-to-office plans prioritize everyone’s safety.” (Bloomberg first broke the news.)

A number companies — including Amazon, American Express, Capital One, John Hancock, McDonald’s, Microsoft and Wells Fargo — have already pushed back their office comebacks from just after Labor Day. That date had seemed set in stone among the commercial real estate industry and the wider U.S. business community. Then came the rise of the delta variant.

COVID-19 case counts have shot up nationally, due to the unusually contagious variant and a large cohort of Americans refusing to get vaccinated. This is burdening health care systems and causing more deaths from the virus than at any time since before vaccines became widely available in the early spring.

“Everyone believed the vaccine was the best defense against mitigating the virus or reducing its risk,” Joanna Frank, president and CEO of the Center for Active Design (CfAD), a consultancy, told Commercial Observer in early August. “So, the last week or two has really undermined people’s confidence. It’s as much a mental health issue as it is the physical health issue, in that, we were all relying on the vaccine and all of the physical changes made to buildings. But, now, folks are feeling that we don’t necessarily have the solution, that the risk is something that we’re going to have to deal with in the longer term, and that we can’t just go back to the way things were before.”

Facebook and these other companies, too, continue to embrace a hybrid work model, where employees will only come into those reopened offices two or three days a week, tops.

In fact, Facebook is one of the most prominent examples. John Tenanes, its vice president of global facilities and real estate, told CO in June that the physical workplace would continue to be an important part of the social media giant’s future, and “we’ll continue to expand as we grow.” In the same month, though, Facebook expanded the eligibility to work remotely to all levels of employees.

Such moves and comments raise questions about what these return-to-workplace plans mean. For now, the commercial real estate real estate industry is hoping the answer is a lot more workers in the office a lot of days.

Steven Roth, chairman and chief executive of Facebook’s landlord, Vornado Realty Trust, at the under-renovation Farley Post Office near Manhattan’s Penn Station, echoed this optimistic take during his company’s most recent quarterly call in early August. Office vacancy and availability rates soared early in the pandemic, and have stayed high despite the vaccine rollout. Businesses that service these office-based workers have suffered, too, especially restaurants.

“I’m gonna bet on the employers,” Roth said. “Different firms will do different things, but, basically, I believe in the office as the principal driver of commerce and I believe the office will continue to be the core of a business where creativity, decisions, etc., are made.”