It has to do with embracing outdoor dining and new cuisine, as well as the culture of dining out itself 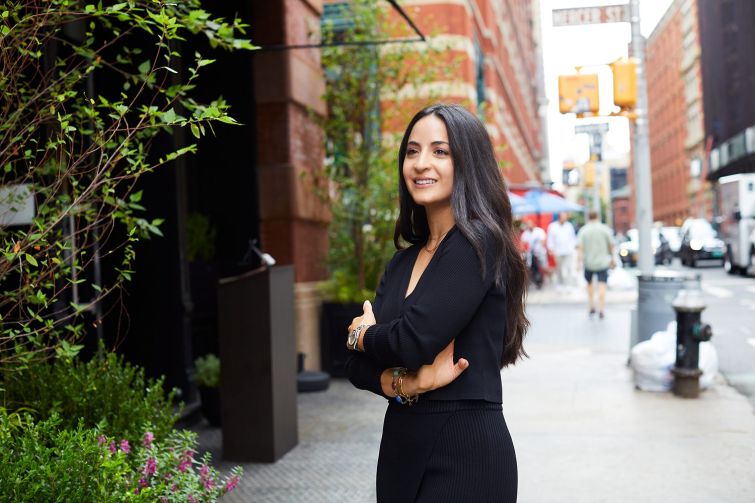 For a time, well before the virus came and shut everything down, it seemed that there were more restaurants in New York than there were foodies to eat at them.

A shaking-out was inevitable. Then came COVID, and, with it, restrictions on movement that seemed to target the very thing a lot of commercial landlords were turning to in order to compensate for the loss of stores that could not compete with e-commerce.

In a cruel coincidence, the lockdowns maybe weren’t intended to shut down restaurants, but that was their impact. On July 30, Eater New York, a website that follows New York’s eatery business, reported that more than 1,000 restaurants in the city had shut down since March of 2020, primarily because of the virus and the economic dislocations that accompanied it.

Now, maybe, the worst of that is over. On July 23, Eater NY reported that close to 700 new restaurants had opened in the city between March and May of this year, but labeled the phenomenon “a slow recovery” rather than a renaissance.

Lindsay Zegans is in the middle of all this. As a managing director at RIPCO Real Estate, a brokerage that specializes in retail leasing, she has helped to steer some of the new restaurant concepts into being. Zegans in a late-July phone call gave Commercial Observer a glimpse into the brave-new world of restaurant leasing.

Her comments have been lightly edited for brevity and clarity.

Commercial Observer:  Eater.com has reported that more than 1,000 restaurants in New York had closed since March of 2020 due to virus restrictions and the economic dislocations they caused. How do you deal with that?

Lindsay Zegans: Of course, there was pressure going into the pandemic for restaurants. A lot of the restaurants pivoted their business model, where they provided take-out or took orders online, or went to outdoor setups, which I think are phenomenal. It was hard for them to get through the months when we were locked down, and the pandemic was heavy. But I think we’re emerging from it.

Of course, there were a lot of restaurants that closed and were not able to survive. It was unfortunate. That applied across the board not only to restaurants, but to other retailers. They had to pivot with the times and adjust their business model. A lot of the places that we had on our radar, many times, there was something unusual, a restaurant was inconvenient or they weren’t viewed so well, but it brought a lot of inventory to the market. You would look into this thinking, ‘Wow, there’s vacancies everywhere.’

It took some time, but I think the majority of second-generation restaurant spaces that have hit the market have been spoken for during the past few months.

There’s been something of a comeback for restaurants. Do you think we’ve turned a corner? Is it a better time to open up a restaurant now than it’s been?

I wouldn’t say it’s necessarily a better time now to open up a restaurant versus ever, historically. It’s better now versus a year ago. At the end of the day, people yearn for socialization, and dining in Manhattan is a huge part of the fabric of the city — and what makes it so attractive is there are so many different cuisines, setups and ambiances. And that was taken away for a while from people. As soon as people felt more comfortable, they were right back out there.

A lot of it was due to outdoor dining. It was always a part of things, but even more so now, as more work goes into the setups. I think that really has become critical to how successful restaurants can be, and how creative they can be.

How did you see restaurants getting through the tough times, when the weather was cold and outdoor dining wasn’t terribly appealing?

It was difficult for sure. I don’t think I was one of the only ones, but I bore the cold, and sat out in the setups and dined. It wasn’t terrible. It depended on how the setup was built. They did a great job in running electric and heaters, and providing a really nice, private outdoor setup so people could feel comfortable.

Of course, it’s going to be seasonal. People don’t want to sit outside in the cold if they have the option to be indoors. There will be a seasonality component of it.

Something I’ve always noticed when I’m in London is the weather can be cold, it can be rainy, it can be miserable, and there’s always people sitting outside dining. Wouldn’t they prefer to be indoors? It’s something that has been translated to New York; people were so used to not being outside, and now, people are quote-unquote weathering the storm.

It sounds like what you are saying is that it’s such a part of being a New Yorker to try restaurants that people clung to it, even in the worst of times.

Exactly. It’s part of the culture and the experience of being in the city, versus living in the suburbs or anywhere else. You live there because you want the restaurant selection, you want the arts and the theater, and all that stuff was taken away during COVID. And people were thinking, ‘Why am I living here when I can have triple the amount of space for less money?’ And that’s where you saw people move out to the suburbs.

Once everything reopened, and people turned around and realized that everything we loved so much about being in the city was reopening, people want to move back. The trend is being reversed. Not to say that the suburbs don’t have good restaurants and arts, and all that stuff. Of course.

If people are leery or wary about returning to restaurants or the retail experience, how is that going to affect a renaissance for restaurants?

There are going to be people who are wary of in-person shopping, dining, theaters, and that type of thing. It’s an unfortunate time we’re living in, where things are not going away as quickly as we expected it to. Does that mean you dine outdoors because you’re not yet comfortable sitting inside? That’s an option for most places. It can mean you go into a store that only allows one person at a time. Make a private appointment, that’s another option available to you.

I think people are figuring out ways to try to make it work. I think there are very few people who will not go out to a restaurant at all. I can’t think of one person I know that has said that. I have heard that there are people who have said, ‘I’m not yet comfortable sitting inside.’ It’s just adjusting to what’s going on, and realizing this is not going away as quick as we want it to. So, how do we pivot and make this work?

People don’t want to sit at home. They want to get out. Working from home is great if you’re sitting on the beach, but I can see the socialization aspect, and feeling the momentum and energy of others pushing you. I know that’s what I thrive on. I don’t thrive sitting at home by myself. I would say there’s a lot of people who feel the same.

Talk to me about some of the restaurants that you have been involved with. The Village Den, Beyond Sushi, Planta Queen — you seem to specialize in vegetarian and vegan places. What is it about them that gives them the courage to open, and why should they be able to succeed?

We had signed the lease [for Planta Queen] pre-COVID, then COVID happened. [Steven Salm, president and CEO of Chase Hospitality Group, Planta’s owner] was really strong and adamant about bringing the brand to Manhattan, and not opening while there was limited capacity. He really wanted to wait until there was full capacity. So, we did that. We waited.

If you look Salm up, he started in Toronto with a restaurant group that was not strictly plant-based, and he pivoted to this model after he was seeing what was happening in the world, and a lot of people were going plant-based. He himself went plant-based.

He has a couple of different concepts that we are looking for actively in Manhattan right now. You would think there are more second-generation restaurant locations than there actually are, because things are getting picked up very quickly. But, we are in negotiation on another concept right now, for the Downtown Manhattan market. He opened his restaurant in NoMad and has been doing great. There’s nothing really comparable to it in the market.

Steven will say this himself. Not all his diners are plant-based vegans. The majority of them are not. My husband, who’s a carnivore, enjoys it. People are starting to realize that you can be plant-based and you don’t have to eat just lettuce and carrots. You can eat something a little bit more creative.

If you enjoyed this interview, please consider subscribing to the Tenant Talk newsletter in which it appeared and other Commercial Observer newsletters.