Most NYC Restaurants Lost More Than Half Their Revenue in 2020 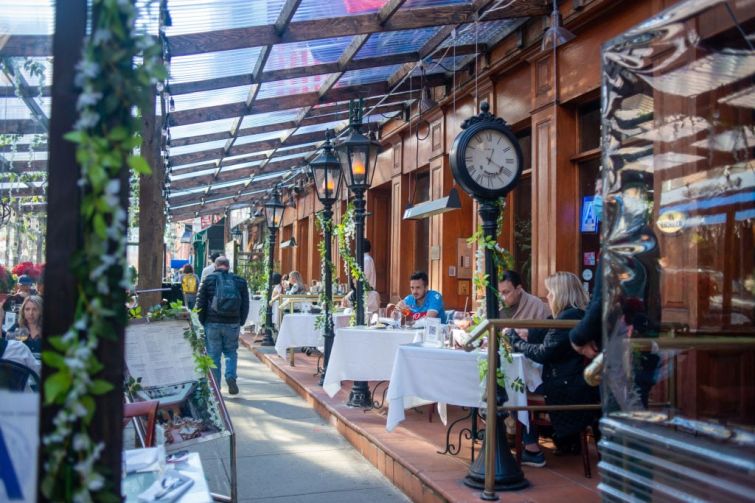 The majority of New York City restaurant owners reported they lost more than half of their revenue in 2020. Photo: Alexi Rosenfeld/Getty Images

The majority of New York City restaurants lost more than half their revenue last year, with many now on the brink of closing their doors without more government aid, a new report found.

A survey of more than 400 owners from the trade organization, New York City Hospitality Alliance, found that 75 percent faced revenue declines of more than 50 percent in 2020 as the coronavirus pandemic ripped through the city.

And things don’t seem to be looking up much this year. Half the respondents reported average weekly revenue declines of 90 to 100 percent in January compared to 2020, though that’s before Gov. Andrew Cuomo brought back indoor dining in the city.

Even with President Joseph Biden’s recently passed $1.9 billion COVID-19 aid package that included a $28.6 billion relief fund for restaurants, restaurant owners surveyed said that’s not enough to keep the lights on, and 46 percent responded that they’ll be forced to close their doors without more help.

“The survival of our restaurants and bars is essential to the economic recovery of New York City, so the continued number and nature of these struggling small businesses is alarming” Andrew Rigie, executive director of NYCHA, said in a statement. “The federal financial relief for the restaurant industry championed by Senate Majority Leader [Charles] Schumer and signed by President Biden was a crucial lifeline for thousands of our restaurants, but without a continuous and concerted effort at all levels of government to revive the industry, the chances of recovery for these businesses and the city will only diminish.”

Forty-nine percent of those surveyed said aid to cover rent bills — which many have been struggling to pay in full — would be the most important form of help, and the rest said aid for payroll will be the most helpful.

The hospitality industry has been gutted during the pandemic as nightclubs and music venues were forced to close, and eateries switched to take-out or delivery-only models for months. As a result, more than 200,000 workers were laid off and thousands of eateries are expected to shutter.

Indoor dining returned at a 25 percent capacity on Sept. 30, but it shut down a second time on Dec. 14 after the city saw another surge in positive COVID-19 infections. It returned on Feb. 12 and Cuomo upped the capacity to 50 percent on March 19.