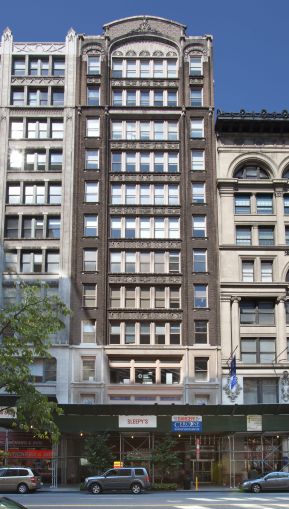 Each deal is for 5,594 square feet and brings the 12-story building to 100 percent leased. Asking rents were $59 per square foot for each lease, according to a representative from the landlord.

“Combining the prime Flatiron District location with the building’s recent renovations has increased traffic and we are confident we will continue to see a positive uptick in office return to the city,” Jim Buslik, principal of Adams & Co., said in a statement.

Publishers Weekly and JB Drax Honoré will join Rumble Fitness at the office building and will take over space occupied by tenants that left due to the pandemic, according to a representative from Adams & Co.

Publishers Weekly’s 10-year lease covers the ninth floor and closed about six months ago, according to City Connections Realty’s Herb Goldberg, who brokered the deal for the publisher. The publishing company has already relocated to the building from its former address at 71 West 23rd Street, according to archived pages of its website.

“It was in the neighborhood they are used to [and] they love that neighborhood,” said Goldberg. “Additionally, it was a full floor, which gave them some flexibility, and it had some good light and good views.”