Oaktree and Paramount are the mezzanine lenders. 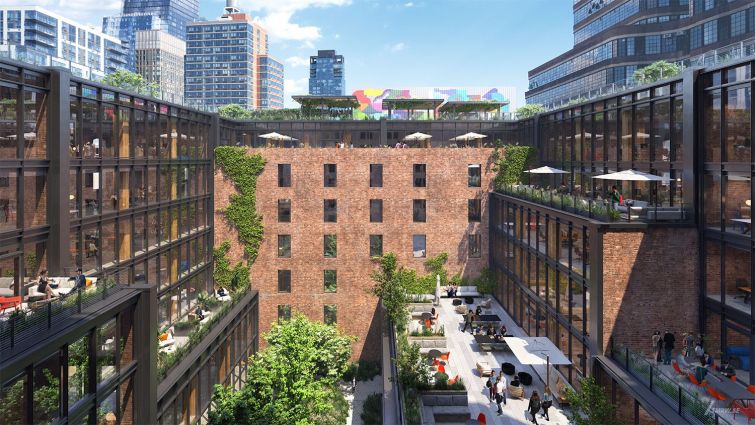 The long-anticipated deal on the 1.2 million-square-foot West Chelsea asset is the largest New York City construction loan of 2021, thus far.

Blackstone, Goldman Sachs and KKR are leading the financing, according to sources, with Oaktree Capital Management and Paramount Group in the mezzanine position.

The 1.3 million-square-foot asset occupies the entire block bounded by 11th and 12th avenues (the West Side Highway), and West 27th and West 28th streets.

Originally constructed as a warehouse building in 1891 — designed by naval architect and engineer George Mallory — Terminal Warehouse is presently undergoing a sweeping transformation and modernization that will restore its infrastructure to its former glory, while meeting the needs of today’s creative office and retail tenants.

L&L and Columbia are investing significant capital into repositioning the property, and converting approximately 500,000 square feet of self-storage space to Class A office use.

Maintaining much of its distinctive original features, the building features ceiling heights ranging from nine to 20 feet and architectural details, such as oversized arch windows and exposed brick walls.

The redesign includes a carved courtyard at the center of the property, while a new penthouse addition will add outdoor terraces.

L&L and Paramount officials declined to comment. Officials at Blackstone, KKR, Goldman Sachs and CBRE did not return requests for comment. Oaktree officials could not be reached for comment.