39 Percent of Workers Willing to Quit If Remote Work Not Allowed: Survey 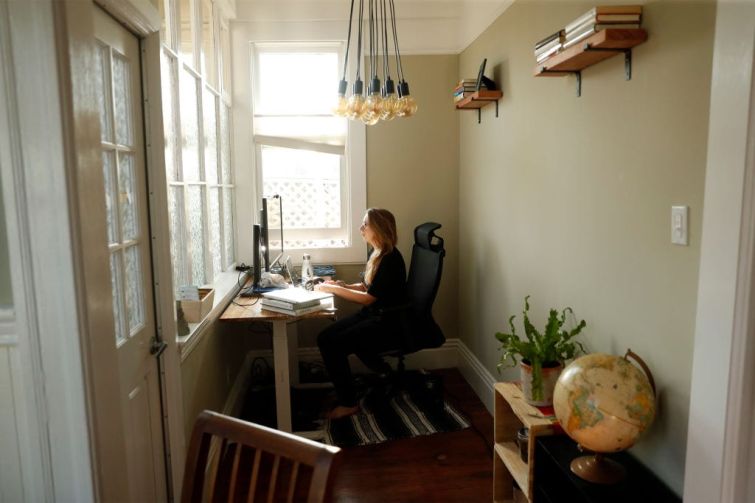 A survey found that 39 percent of workers would be willing to quit their jobs if not allowed to work remotely in the future. Photo: Scott Strazzante/The San Francisco Chronicle via Getty Images

A good chunk of employees would be willing to quit their jobs if they’re not allowed to work remotely in the future, even as a growing number of companies start to call staff back to the office, a new report found.

A survey of 1,000 people across the country commissioned by Bloomberg found that 39 percent would consider leaving their jobs if their bosses aren’t flexible about working from home.

Of the people surveyed, millennial and Gen Z workers felt the strongest, with 49 percent ready to quit over remote work, according to the poll conducted by Morning Consult.

While companies like Spotify and Salesforce announced that their staff would be allowed to work from home permanently in the future, more and more employers have started to call staff back to the office.

Blackstone Group wants its fully vaccinated workers back full time on June 7, JPMorgan Chase called its U.S. employees back to the office on May 17, and social media giant Facebook will reopen its Manhattan offices at a 25 percent capacity on July 12. And this return to work has caused a boom in demand for janitorial services.

However, even with more companies getting employees back to the office, remote work seems here to stay. A JLL survey of 2,000 workers around the world found that 72 percent of them want to remain home more during the workweek, with only 24 percent reporting they want to exclusively work from the office full time.

But some company executives feel otherwise.

WeWork CEO Sandeep Mathrani faced a battering online after he said that the “least engaged” workers want to remain remote. Cathy Merrill, CEO of D.C. magazine, the Washingtonian, also caused a mutiny amongst staff after penning an op-ed many saw as threatening them if they didn’t return to the office.