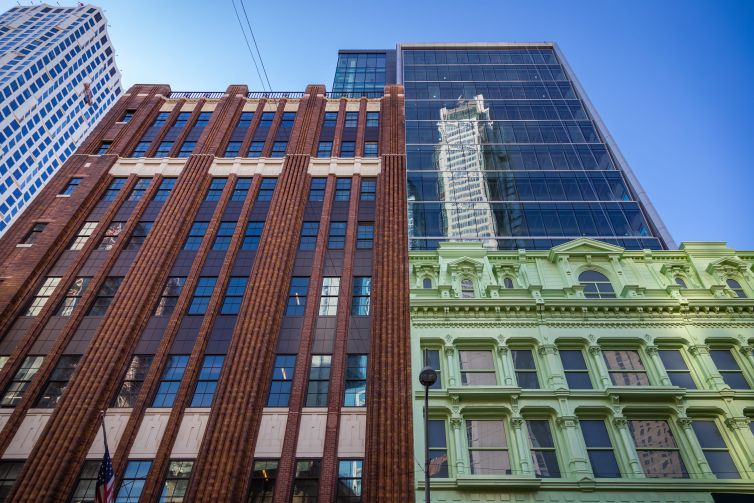 St. Francis College is expanding its campus with a 255,000-square-foot lease in the recently completed Wheeler Building in Downtown Brooklyn. The building was previously fully leased to the Whittle School & Studios but that deal has fallen through.

The private college signed a 30-year lease for 255,091 square feet on the fifth, sixth and seventh floors of the 10-story property, above the landmarked Macy’s department store, at 181 Livingston Street, according to information from the landlord, Tishman Speyer.

The school, which is scheduled to be completed in 2022, will include a 300-seat auditorium and cafeteria, a 6,600-square-foot library, and 2,600 square feet of outdoor space, including an outdoor terrace. It will also include a private entrance and lobby on Livingston Street.

The building had previously been entirely leased to Whittle School & Studios, a private K-12 school with campuses in Washington, D.C., and Shenzhen, China. In early 2020, the school signed a 20-year lease with Tishman for all 655,000 square feet of office space in the property, with plans to open its campus in time for the fall 2021 semester.

However, that deal is no longer active. The St. Francis deal is a direct lease with Tishman and not a sublease from Whittle, Cushman & Wakefield, which represented St. Francis, confirmed, and the remaining 360,000 square feet in the property is available, according to information from Tishman. Whittle School did not immediately reply to requests for comment.

The 160-year-old, Brooklyn-born St. Francis College now occupies space nearby at 180 Remsen Street, which it will vacate when it relocates to the new campus.

Cushman & Wakefield’s Patrick Dugan, Frank Liantonio and Jon Herman represented the tenant in the transaction. It was not immediately clear who represented the landlord.

“St. Francis is a long-time pillar of the Brooklyn community. We are thrilled to be their partner in this new chapter,” Tishman President and CEO Rob Speyer said in a prepared statement. “With its seamless blend of old and new construction, The Wheeler speaks to both St. Francis’ history in the neighborhood, as well as its commitment to modern education.”

Tishman bought the upper levels of the four-story Macy’s building at 422 Fulton Street, along with two neighboring, 10-story, Art Deco buildings for $170 million in 2015. Tishman then developed a new office tower on top, combining all three properties into one, while Macy’s continues to occupy the first four floors as retail space.