Whittle School & Studios signed a lease for 620,000 in Tishman Speyer's The Wheeler project in Downtown Brooklyn. 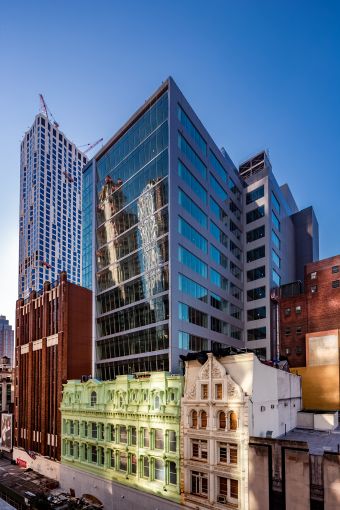 After announcing its plans to open a new private school in Downtown Brooklyn’s The Wheeler development last year, Whittle School & Studios has made it official and inked a deal to take the entire 620,000-square-foot project, Commercial Observer has learned.

The Whittle School — which was started by education entrepreneur Chris Whittle — signed a 20-year lease for the entire 10-story office building at 181 Livingston Street, built on top of the historic Macy’s building between Gallatin Place and Hoyt Street, according to developer Tishman Speyer.

The private school plans to open part of its campus — including its early learning program — later this year, Tishman Speyer said. The school will open its full kindergarten to 12th-grade facility in September 2021.

“We are pleased to provide the Whittle School with a dynamic new campus in the heart of Downtown Brooklyn,” Rob Speyer, the CEO of Tishman Speyer, said in a statement. “With its seamless blend of old and new construction and innovative outdoor spaces, The Wheeler is an ideal setting for a world-class education.”

A spokesman for the landlord declined to provide asking rents, but The Real Deal previously reported they ranged from the $60s to $70s per square foot.

The Downtown Brooklyn location is the third campus of the for-profit school, which was launched by Whittle last year. Whittle — who previously co-founded the $56,000-a-year Avenues: The World School in Chelsea and charter school company Edison Schools — launched his namesake institution in Washington, D.C., and China after raising about $900 million, the Washington Post reported.

He plans to open more than 30 Whittle Schools across the world and will charge tuition close to other “top-tier” private schools in the city, the New York Daily News reported. Whittle was reportedly nearing a deal for the Downtown Brooklyn space since March 2019, but didn’t finalize the lease until recently.

Tishman bought the upper-levels of Macy’s four-story 422 Fulton Street building and two neighboring 10-story Art Deco buildings for $170 million in 2015. It planned to construct a new office tower on top with an entrance at 181 Livingston Street, as CO previously reported. Macy’s will continue to occupy the first four floors as retail space.

The Whittle lease is the latest in a string of large deals that Tishman recently signed. Last month, law firm Debevoise & Plimpton took 530,00 square feet in Tishman’s under-construction The Spiral development in Hudson Yards while advertising company Dentsu Aegis Network inked a deal in November 2019 for 320,000 square feet at the Morgan North development in Chelsea.

CBRE’s David Maurer-Hollaender and Douglas Lehman represented the Whittle School. Mary Ann Tighe, Evan Haskell, Jeff Fischer, Zac Price and Dave Caperna, also of CBRE, were handling leasing at The Wheeler development. A spokeswoman for CBRE did not immediately respond to a request for comment.