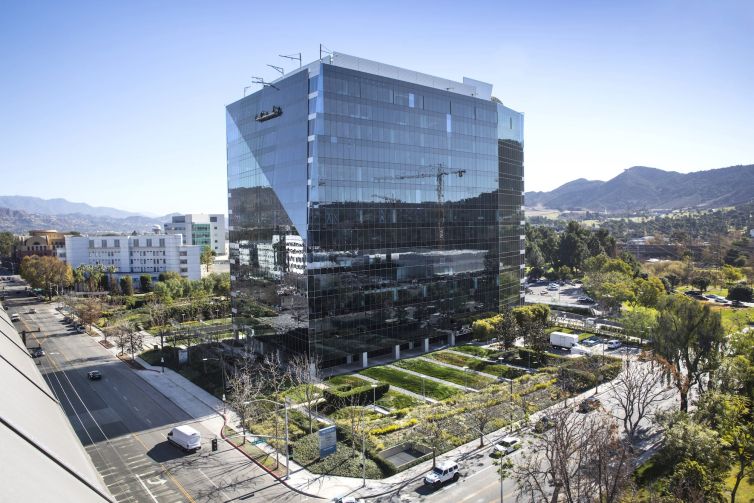 Thanks to persistent demand for creative office space from premier media and entertainment firms, Burbank continues to be one of the best-performing markets in Los Angeles County, and Pendulum Property Partners wants in.

The Irvine-based investment firm, which typically focuses on Orange County real estate, came up to the San Fernando to acquire The Link for $61.5 million from Fortress Investment Group and Ocean West Capital Partners. The building includes 124,785 square feet of space, including Class A creative office space, as well as post-production, broadcasting, screening and editing facilities, according to Newmark, which represented Pendulum in the deal.

Property records show it was last acquired for $46 million in 2017 from Lionstone Investments. It was renovated in 2019, and is currently 76 percent leased to tenants that include Encore VFX, a full visual effects company that worked on “Love Simon” for 20th Century Fox and the new “Boss Level” for Hulu; Pivotal Post, which provides editing and support for programs like “Shameless” for Showtime, “Angel Has Fallen,” and “Ad Astra”; and Benchmark Post, an audio-post facility for feature film and broadcast television that has worked on movies like “The Gentlemen” and “Hustlers.”

The seven-story office building at 2901 West Alameda Avenue is located in the Burbank Media District — which is home to tenants like Walt Disney Animation Studios and Warner Bros. and more recently an animation studio for Netflix and an esports studio for Comcast. The submarket includes 3.5 million rentable square feet of Class A office and support space, according to Newmark. It currently boasts the lowest vacancy rate in the L.A. office market at 3.8 percent. The submarket is fueled by demand from an entertainment industry dealing with a backlog of content creation due to the pandemic.

“If anybody doubted the resiliency of the entertainment industry or its status as L.A.’s guiding light, the pandemic has erased any hesitation and Burbank is Exhibit 1-A,” Hannan added. “As the epicenter and backbone of LA’s expansive entertainment infrastructure, Burbank has benefited tremendously from the explosive growth of content providers, streaming or otherwise.”

Pendulum Property Partners also manages properties like the 395,150-square-foot One Pacific Plaza in Huntington Beach, the 165,212-square-foot Stadium Crossing in Anaheim, and other properties in Orange County and San Diego.

Fortress Investment Group, a New York City-based private equity fund, is more active on the East Coast, but it also owns the ground lease for the Brentwood Gateway office building in L.A.