Fortress Picks Up $56M Financing From ACORE in LA 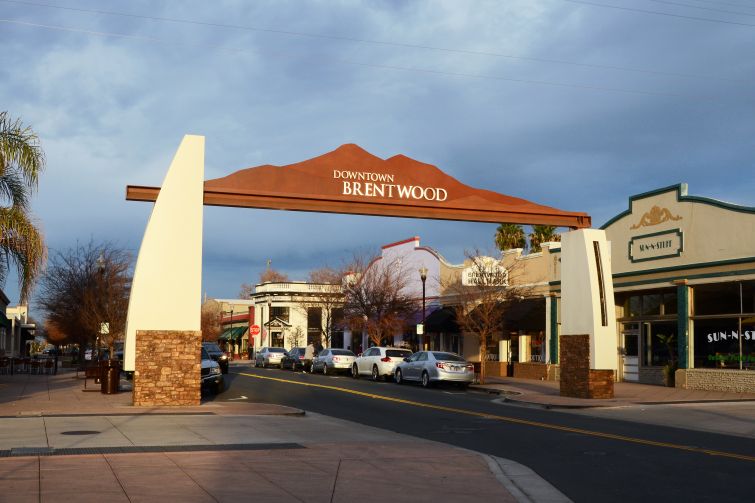 A street in the Brentwood section of Los Angeles. Photo: Wikicommons

Brentwood Gateway, an office building in Los Angeles, is the recipient of a new $56.3 million mortgage from ACORE Capital, Commercial Observer can first report.

The loan bankrolls the recent acquisition of the building as well as an upcoming renovation project, according to a spokesman for the debt fund. Fortress Investment Group, a New York City-based private equity fund, took over the building’s ground lease in May, paying $58 million, the Los Angeles Business Journal reported at the time.

The 10-story building, located at 11611 San Vicente Boulevard, stands at one end of a well-developed strip about 10 miles west of Downtown Los Angeles and three-and-a-half miles northeast of Santa Monica.

Representatives from Fortress didn’t immediately respond to an inquiry about the scope of the renovations planned for the 105,000-square-foot office building. As of the time of the sale in May, the building was fully occupied. Two medical offices, a dermatology office and an urgent-care center, lease space in the building. But a fitness center that rented space there was permanently closed in recent months.

A family trust assigned to Eulalie Ahern owns the land under the building, according to previous reports that cite deed records. The leasehold interest belonged to Vintage Capital Group, which developed the building in 1977, under terms that weren’t disclosed.

This wasn’t the first time the two companies had discussed the property. In 2018, Fortress had at first agreed to buy the ground-lease for $58 million but the deal collapsed when Fortress asked for a better price, as per The Real Deal.

The broader West Los Angeles office market was the city’s zippiest in 2019’s third quarter, recording 555,000 square feet of space absorbed, according to Colliers International research. (The next best figure came from the Orange County submarket, which absorbed less than 100,000 square feet.)

The fallout from WeWork‘s failed bid to make an initial public offering weighed down some buildings in the area — which also includes Santa Monica and Culver City — because it’s home to most of WeWork’s Los Angeles locations. But despite that, rent grew 4.9 percent in the three-month period even as the next two years will see almost 1.8 million square feet of new construction in the market.