The property is trading for more than $815 per square foot: sources 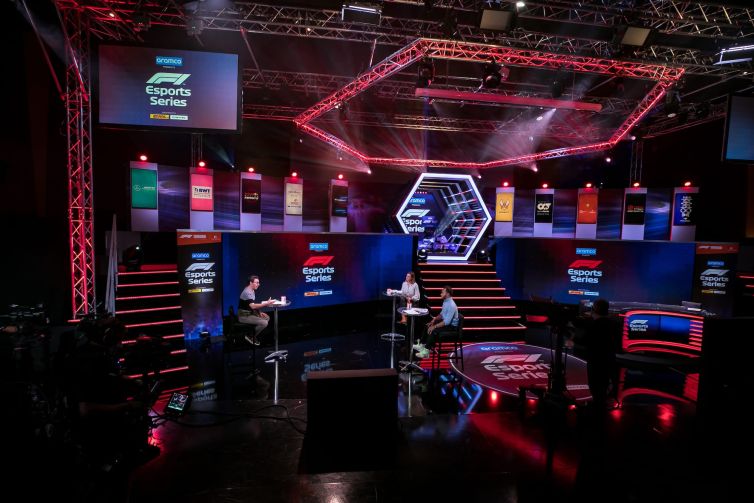 An esports studio during round 3 of the 2020 F1 Esports Pro Series in 2020. Photo: Formula 1 Esport/Formula 1 via Getty Images

Nuveen is plugging into the surging breadth of creative studio space in Los Angeles County.

The global investment firm is set to acquire Comcast’s new esports studio on the Glendale-Burbank border for about $53.5 million, Commercial Observer has learned. Sources familiar with the sellers, Hileman Cowley Partners and LLJ Ventures, confirmed that the transaction will close soon.

The price for the 66,700-square-foot studio pencils out to more than $815 per square foot. It’s located at 1840 Victory Boulevard in one of the top media markets in the county, near companies like Disney, Netflix, and Warner Brothers. The recently renovated property will host and broadcast esport competitions and events, using two soundstages, two production studios and office space. It’s about two miles from Burbank Studios, a sprawling creative campus that includes the 50,000-square-foot Blizzard Arena esports venue.

CO first reported in January that the owners were looking to sell. The property is fully leased to Comcast Spectacor, a subsidiary that manages a portfolio of sports and entertainment venues and franchises, through February 2032. The tenant is also expected to invest more than $12 million on interior improvements. Representatives for Comcast were not immediately available to comment for this story.

The narrative around L.A.’s thriving studio market is mostly consumed by the “streaming wars” waged by companies like HBO and Amazon. But that market is also bolstered by the increasing demand from the growing esports industry, and experts say developer and investor interest has not abated, even with the pandemic. CBRE recently reported that esports and video game production firms in Greater L.A. drew approximately $1.1 billion in venture capital funding in 2020, which is more than all other tech categories like social media and software developers.

Financial records show Boston Private provided $25 million in financing for the property on Victory Boulevard in September 2020. Marketing materials from earlier this year boast net operating income at $2.6 million for the first year, with 3 percent annual rent increases, and a $3.4 million NOI projected for year 10. Big-time shows including “The Ellen DeGeneres Show” and “TMZ” were previously produced there.

Nuveen, part of New York-based TIAA, is notably active in different sectors throughout the country. In 2019, the firm acquired a 29 million-square-foot industrial portfolio valued at $3 billion from Blackstone. It includes assets in Southern California, Chicago, Dallas, and core markets in the East Coast. That same year, Colony Capital sold a 2.3 million-square-foot industrial portfolio to Nuveen for $136 million. Separately, Nuveen and Greymark paid more than $97 million for a 201,000-square-foot creative office building in El Segundo, and also provided $160 million for Swift Real Estate Partners’ acquisition of an office portfolio in Pasadena.