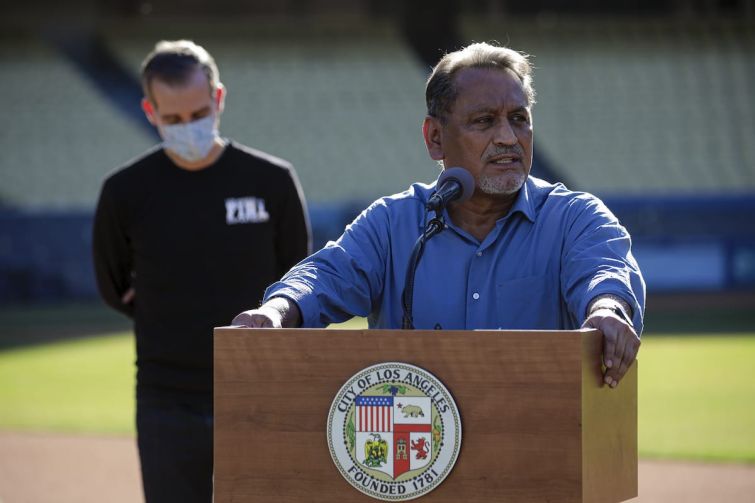 As Los Angeles struggles with a years-long housing crisis, lawmakers are looking for ways to preserve its existing affordable rental stock amid the pandemic, which severely exacerbated the issue.

The L.A. City Council on Wednesday approved a motion instructing the Housing and Community Investment Department and the city attorney to create plans for immediate rent freezes on residential units with expired or soon-to-expire covenants that limit rent increases or mandate affordable rental rates.

“Many covenants are now reaching an expiration date, which would effectively remove the affordability requirements, and allow an owner to raise rents,” said Councilman Gil Cedillo, who authored the motion. “We can’t let this happen, especially during the time of a health pandemic, because we can’t create any opportunity for any resident to be unable to afford to stay in their own home.”

The motion comes on the heels of Cedillo’s actions to save an affordable housing project whose covenants just expired. Last month, the city council approved his motion instructing the city “to find” $45.7 million to initiate the acquisition of the Hillside Villa Apartments in an attempt to save its tenants from massive rent hikes and eviction. The owner is planning to increase rent in some units by more than 200 percent, following the expiration of a housing covenant restricting increases.

At the start of the year, the Urban Institute released a report that found at least 20 percent of renters in California were behind on rent payments. With an estimated 17 million of multifamily households in California, that could mean roughly 3.4 million renters owe back rent. Similarly, last summer, a joint report by UCLA and USC found that tens of thousands of renters in L.A. County were in serious financial trouble due to the pandemic.

“To be evicted in the height of a pandemic would be devastating for these families, and for the nation as a whole as it struggles to break the emotional and economic grip the virus has imposed for almost a year,” UI’s report stated.

In late January, state lawmakers extended California’s eviction moratorium through June 30 for residents who can’t pay rent due to the economic downturn. Further, protections from the city of L.A. extend for a year after the end of the state of emergency.

The issue stems from the well-known scarcity of affordable housing in the region. L.A. is the second-least affordable rental market in the country, according to a recent report by JLL.

In 2019, California adopted a new rent protection order, which prohibits increases more than five percent above the Consumer Price Index, or 10 percent, whichever is less. This applies to multifamily rental units constructed more than 15 years ago, and not covered by a local rent control ordinance or existing affordability covenant. State law allows for expired or expiring covenants to be increased in the initial year to market-rate rents, with some increases as high as a 300 percent increase in rent, according to Cedillo’s motion.