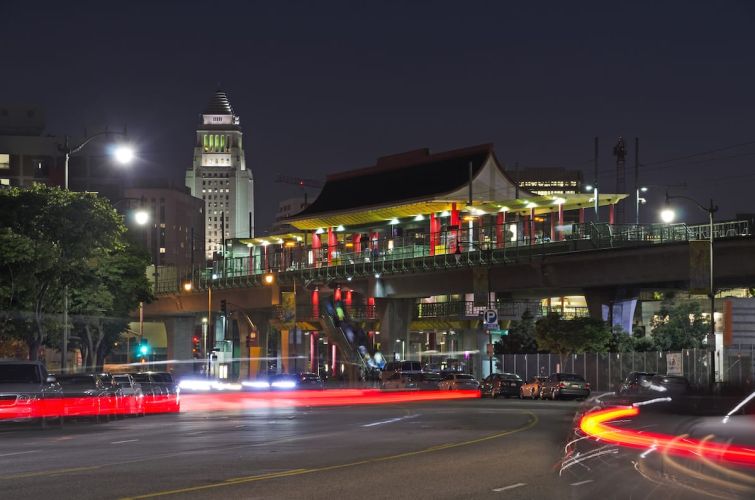 Los Angels City Hall and Chinatown in the foreground. A landlord is planning to increase rent at a building on North Hill Place by more than 200 percent. photo: Getty Images

Los Angeles officials are looking for a new way to come up with $45.7 million to acquire a Chinatown apartment building, in an attempt to save its tenants from massive rent hikes and eviction.

The city council on Wednesday approved Councilman Gil Cedillo’s motion instructing city departments “to find” $45.7 million to initiate the acquisition of the Hillside Villa Apartments at 636 North Hill Place. The owner is planning to increase rent in some units by more than 200 percent, and up to $3,200 per month, following the expiration of a housing covenant restricting increases.

Cedillo previously proposed using funds from the Coronavirus Aid, Relief, and Economic Security (CARES) Act to acquire the 124-unit Hillside Villa Apartments, but that idea was foiled when the chief administrative officer deemed that an ineligible use of those funds.

The property owner, Thomas Botz, president of Groveland Management, told Commercial Observer in December that he doesn’t want to sell his property and opposes the city’s efforts. That means it could lead to a court battle over the property. A spokesperson for Cedillo had said they are preparing for the potential for eminent domain and may end up in litigation.

The $45.7 million mark was reached using an appraisal of the property, which established a “hypothetical market value,” according to Cedillo’s office. The cost, at $370,967 per unit, to buy and preserve the building falls far below the cost to build new affordable housing, which can be above $1 million per unit in some parts of L.A.

The Hillside Villa Apartments was constructed with loan assistance from the then-Community Redevelopment Agency of L.A. In exchange for $5.5 million in loans, a 30-year affordable housing covenant was negotiated with the property owner. But that affordable housing covenant has since expired, and 59 units are set to transition to market-rate units.

“The adverse impact of COVID-19 on the city’s housing and homelessness crisis is unprecedented with hundreds of thousands of residents facing evictions and homelessness due to job loss and unemployment,” Cedillo said in a statement. “I will not stop trying to find ways for us to keep the tenants from being forced out. We have to keep people in their homes, prevent homelessness and not give up.”

In late January, state lawmakers extended California’s eviction moratorium for residents struggling from the economic downturn through June 30 for nonpayment of rent. Further, protections from the city of L.A. extend for a year after the end of the state of emergency.

Last month, the Urban Institute reported that at least 20 percent of renters in California are behind on their rent. With an estimated 17 million of multifamily households in California, that could mean roughly 3.4 million renters owe back rent. Similarly, the University of Southern California (USC) and the University of California, Los Angeles (UCLA) released a joint report last summer showing that thousands of renters in L.A. are in deep financial trouble.