Tens of Thousands of LA Renters in Deep Financial Trouble Due to Pandemic: UCLA-USC

Almost 40,000 households are three full months behind on rent 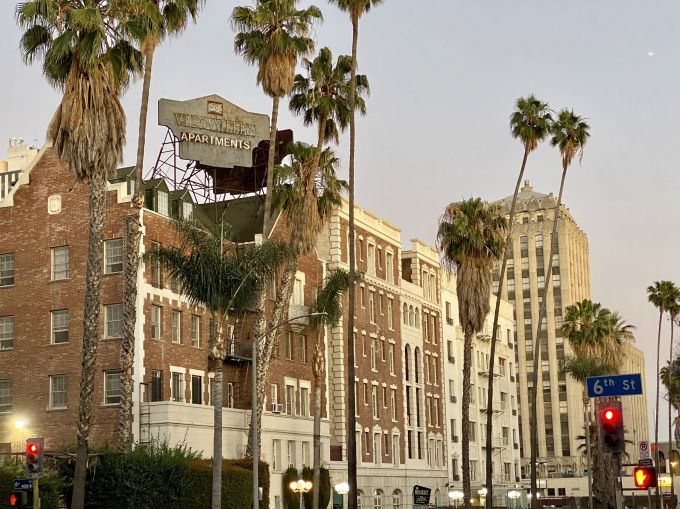 About 22 percent of tenants in L.A. paid rent late at least once from April to July. photo: Gregory Cornfield/Commercial Observer

Tens of thousands of renters in Los Angeles are struggling mightily because of the pandemic, which has put them in serious financial trouble.

Due to lost work and wages as a result of the economic shutdown, about 7 percent of L.A. County tenants did not pay any rent at least once between May and July, according to a joint report released Monday by the UCLA Lewis Center for Regional Policy Studies and the USC Lusk Center for Real Estate. About 2 percent of renters are three full months behind on rent, meaning almost 40,000 households are in a deep financial hole.

About 22 percent paid rent late at least once from April to July, and about 16 percent of tenants report paying rent late each of those months.

The new statistics put into stark perspective the new and growing crisis facing renters and landlords. A statewide eviction moratorium was set to expire today, but state lawmakers approved a new measure Monday night that would extend protections for renters through Jan. 31.

Among L.A. County renters that did not pay rent, either in full or partially, about 98,000 have been threatened with an eviction, while an additional 40,000 said their landlord already started eviction proceedings against them.

Most evictions across the state were halted in April by the California Judicial Council. The eviction moratorium was set to expire in June, but the expiration was pushed to Sept. 1 to allow local and state lawmakers more time to develop legislation.

Most tenants are still paying rent during the pandemic. Professor Richard Green, director of the USC Lusk Center and co-author of the study, said one of the main concerns among landlords at the beginning of the pandemic was that tenants weren’t going to pay their rent if they knew they weren’t going to be evicted, but researchers have not seen any evidence of that.

However, the study also found that renters were suffering significantly more than homeowners from anxiety, depression and food scarcity. One-third of households with problems paying rent relied on credit card debt, and about 40 percent used emergency payday loans.

The issues with rent payments are playing out throughout California as mitigation efforts to curb the pandemic threaten the stability of many households. But it’s particularly detrimental in L.A., which has been grappling with a years-long housing and affordability crisis, as well as a growing homelessness population.

“Even before the pandemic, L.A. renters, especially low-income renters, were struggling,” said Michael Lens, associate faculty director of the UCLA Lewis Center. “And while most renters who miss rent have entered into some type of repayment plan, they’re not out of the woods yet.”

The pandemic is also exacerbating housing and affordability issues over the long term, with the L.A. metro area experiencing a 30 percent drop in multifamily development compared to 2019.

A report released earlier this month by Marcus & Millichap showed rents averaged  $2,264 per month in L.A. County in the second quarter.

Landlords and property owners have also been warning of mass bankruptcies and huge losses to their business. The Apartment Association of Greater Los Angeles filed a lawsuit to stop L.A.’s moratorium on evictions, which lasts much longer than the state’s, and allows renters substantially more time to pay back rents. The group argues that the city and state aren’t providing enough assistance to mom-and-pop property owners, who are in danger of permanently losing their livelihoods.

The apartment association is hoping to significantly modify the newly proposed regulations on evictions, but the group argued that rental property owners are being forced to carry interest-free rent debt of their tenants without any assistance other than limited foreclosure protections for smaller owners.