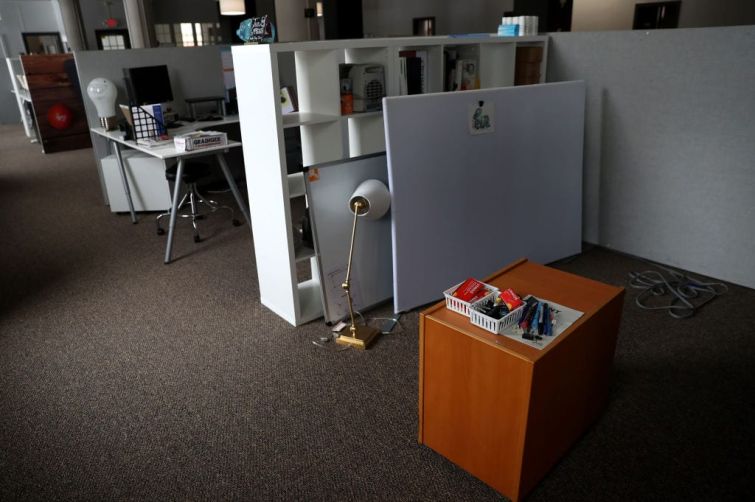 A growing number of employers plan to shrink their office footprint this year, even as the coronavirus vaccines roll out and some firms look toward a return to the office, a new survey found.

A survey by the American Institute of CPAs (AICPA) of nearly 700 U.S. business leaders in the first quarter of this year found that 21 percent are looking to cut their office portfolio over the next 12 months, an increase from 18 percent in the third quarter of 2020.

Of the respondents who plan to plan to drop space, 9 percent are looking to shed 10 to 24 percent of their office portfolio, according to the survey.

While the survey found more and more companies are considering cutting space, the physical office is still here to stay. The majority of companies don’t plan to lose any space at all, and only 1 percent think they’ll get rid of the office altogether.

Recent stats suggest demand for office space is picking up, and 7 percent of the companies surveyed by the AICPA plan to grow their space this year, an increase from the 5 percent in the third quarter of 2020.

The forced, large-scale, work-from-home experiment caused by the pandemic has, in turn, caused an increase in employees wanting more hybrid work models in the future. A JLL survey of 2,000 workers globally found 72 percent of them want to be able to work remotely more during the workweek.

Companies like Salesforce, Spotify and Twitter will allow work-from-home for everyone permanently; and Citigroup, the nation’s third-largest bank, announced that most of its employees can work remotely two days per week.

But an increasing number of employers have started to call their workers back to the office on a more sweepingly permanent basis.

Microsoft’s Redmond, Wash., headquarters allowed non-essential staff back on Monday; and Morgan Stanley told Commercial Observer it plans to fully return its workers to its Midtown headquarters “when it is safe to do so.”

And last week, New York City announced that the nearly 80,000 city employees who have been working remotely for more than a year will return to the office on May 3.