Microsoft Bringing Back More Workers to Headquarters Next Week

An internal survey found 70 percent of the company’s workers want a hybrid work environment in the future. 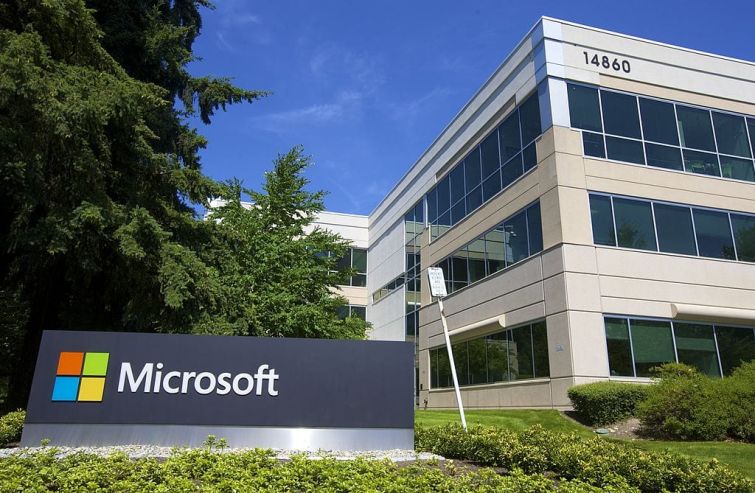 Microsoft plans to allow more of its employees to work at its Redmond, Wash., headquarters starting on March 29. Photo: Stephen Brashear/Getty Images

Tech giant Microsoft plans to allow more of its workers to return to its Redmond, Wash., headquarters next week, but also found that the majority of its staff wants to be able to work from home some days in the future.

Microsoft announced in a blog post on Monday that its headquarters will have a “soft open” starting on March 29 and allow non-essential staff to come back if they want as coronavirus vaccination rates continue to rise. As part of the reopening, employees will be required to social distance and wear masks at work.

The company said it developed a six-stage strategy for its office, one being fully closed and six being fully open once COVID-19 is “more like an endemic virus such as the seasonal flu.” Microsoft’s headquarters is currently in Stage 3, where essential staff could come in and work from home was “strongly encouraged” for the rest, but it will open up to more staff next week.

Microsoft also released a survey of its more than 160,000 global employees that found that more than 70 percent of them want the flexibility to be able to work remotely in the future. Because of that, 46 percent of Microsoft’s employees plan to move because they can now work from everywhere.

And, even as it welcomes more employees back to the office, Microsoft said that remote work for its company isn’t going anywhere.

“Though we don’t know how far off a new normal is, we are adapting to a new way of working with an expanded understanding of flexibility,” Kurt DelBene, an executive vice president at Microsoft, wrote in the blog post. “We know there are thousands of ways of working — in the last year our employees have shown what is possible — and we believe that flexibility is essential to maintaining work-life balance.”

Its expanded use of remote work makes Microsoft join the likes of Salesforce and Spotify, which last month announced their workforces can remain remote permanently.

Microsoft’s decision to reopen its headquarters comes as bank Morgan Stanley told Commercial Observer about its plan to fully return its employees to its Midtown headquarters “when it is safe to do so,” though some of its workers can work remotely from time to time.

While some firms like Citadel and JPMorgan Chase have started to reopen offices and even welcome interns back, others are still sticking with a mainly virtual work model. BlackRock’s 400 interns will work from home all summer and Fidelity Investment’s nearly 1,000 interns will do so as well, Bloomberg reported.