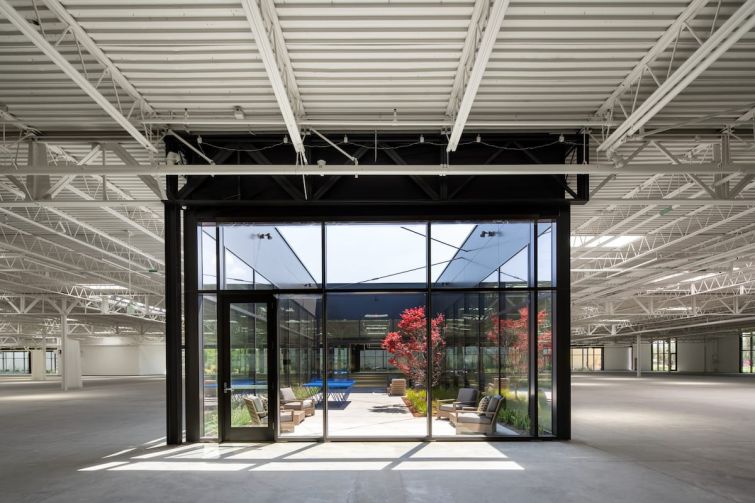 Belkin International is slimming down in Los Angeles.

The global consumer electronics firm announced that it’s moving its headquarters this year from the high-end Playa Vista neighborhood to El Segundo — the growing alternative to the south. The firm signed a 10-year lease for space at Tishman Speyer’s recently renovated 555 Aviation Boulevard.

The new space will be about half the size, at about 65,000 square feet, of its existing 130,000-square-foot headquarters, according to a source familiar with the deal. The firm is currently headquartered at Heitman’s 12045 East Waterfront Drive in Playa Vista.

Since the work-from-home phenomenon took hold in 2020, companies around the country have been rethinking their office space needs more than ever before. A spokesperson for Belkin explained the move to Aviation Boulevard is mostly driven by the adoption of a new workplace culture, and plans that were already in place to adapt to both hybrid in-person and virtual workplace strategies.

“While the notion of flexible work arrangements has been gaining momentum for years, the pandemic certainly has accelerated the need to embrace more progressive strategies to preserve productivity while preparing for worst-case scenarios,” the company said via email.

El Segundo, just south of Los Angeles International Airport, has seen a steady dose of conversion projects and increasing demand. The city has been undergoing a significant transformation for most of the past decade, and become a cost-effective alternative to the high-end Silicon Beach market.

The year kicked off with a major lease announcement, as plant-based food company Beyond Meat signed a 12-year lease to move its headquarters to El Segundo and into Hackman Capital Partners’ major redevelopment — which was previously a manufacturing plant for Northrop Grumman. And, in November, online marketing firm Prodege signed a 35,000-square-foot lease nearby at 2030 East Maple Avenue. It was previously a Raytheon research building.