Royal Bank of Canada provided the loan for the 260,000-square-foot creative office 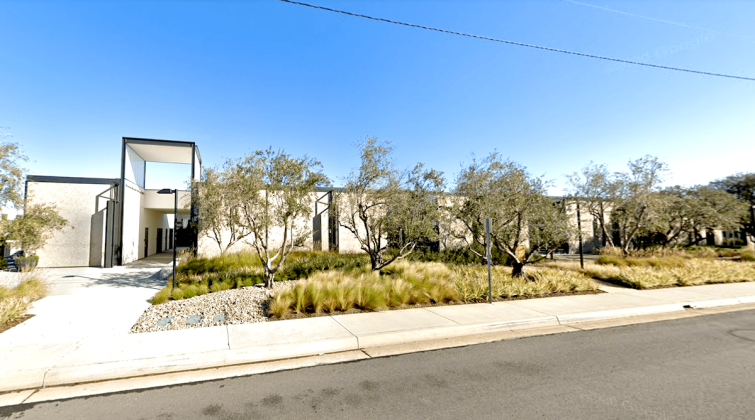 Royal Bank of Canada provided the loan for the office at 555 Aviation Boulevard. Photo: Google Maps

Tishman Speyer has landed $125 million in refinancing for a recently renovated creative office in the coastal city of El Segundo, which has evolved into a top target for premier tenants in Los Angeles County.

Royal Bank of Canada provided the loan for the office at 555 Aviation Boulevard, which spans 260,000 square feet, Los Angeles Business Journal reported. The debt clears an existing loan and will pay for leasing.

In July 2015, Tishman Speyer acquired the property from Worchell Properties for $45 million, and also secured a loan for more than $73 million from L.A. City Employees’ Retirement System. The office between 135th Street and Alaska Boulevard includes a recent lease with tenant Saatchi & Saatchi.

The small city near LAX in L.A.’s South Bay saw a steady increase of conversion projects and increasing rents prior to the pandemic. But Savills’ third quarter report showed El Segundo had a 22.6 percent vacancy rate.

Cushman & Wakefield’s Rob Rubano coordinated the financing for Tishman. He told LABJ that multi-tenant offices are currently hard to underwrite because “we don’t have great visibility on what office demand is going to be.”

However, the deal is another encouraging sign for L.A. County’s office market. It follows Blackstone Group’s $110 million loan for Northwood Investors’ office in Culver City, and Nome Ventures’ taking a 10-story office from Blackstone for $56 million in Torrance, south of El Segundo.

Hackman Capital Partners is also converting a former Northrop Grumman site into a 550,000-square-foot office campus in El Segundo, and Vella Group is planning to rehab a former Boeing site with an adjacent property into another creative office campus. Earlier this year, Boston Properties bought into a Beach Cities Media Campus development project.