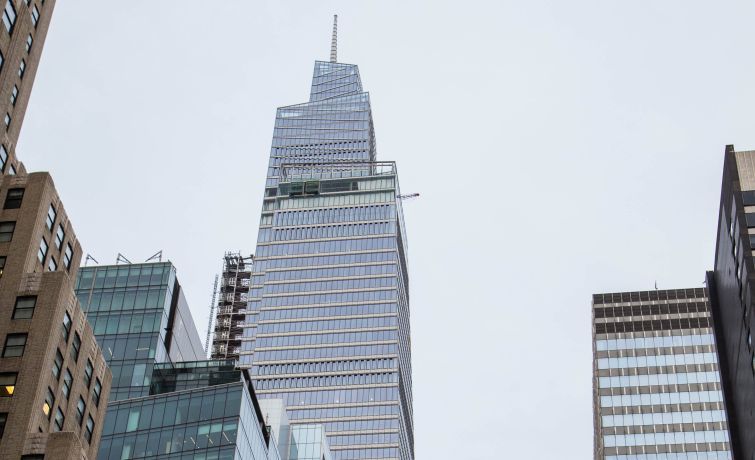 Office lease activity at Manhattan’s priciest addresses fell by 75 percent in 2020 to its lowest level since 2015, a new JLL report found.

“The health of the top end of the market is often a bellwether for how people are feeling,” said Cynthia Wasserberger, a vice chairman at JLL who compiled the report with Georgina Cook and Carlee Palmer. “Even though 2020 was challenging, it wasn’t dormant at the top end.”

The coronavirus pandemic hampered Manhattan’s office market as brokers were unable to show spaces in person for several months and companies were wary of signing on for long-term deals. As a result, leasing activity plunged 55.9 percent from 2019 to 2020, while the borough saw record-high availability.

Of the 13.5 million square feet of leases signed last year, top-dollar deals made up 14.5 percent of the activity, according to JLL. That’s down from 30 percent in 2019. And the majority of them (57 percent) were for new deals, not renewals.

Despite the grim numbers, Wasserberger said there were some positives to take away from last year. Top-dollar deal activity increased in Penn Plaza and Times Square — though they were the only submarkets to see such a gain — while new construction continued to make up a large part of the trophy deals signed (44 percent).

“It shows the flight to quality and people are still willing to pay for new construction,” Wasserberger said. “That’s off from past years, but that’s still a healthy amount of the deal volume.”

JLL’s report compiles all deals with taking rents starting at $100 per square foot. Vornado Realty Trust leased the most space in that category last year with five leases totaling 868,000 square feet. That includes Facebook’s massive 730,000-square-foot lease at the Farley Post Office, the largest deal in 2020.

The Seagram Building was the address with the most top-dollar deals signed in 2020 with seven leases, followed by SL Green Realty Corp.’s recently opened One Vanderbilt, which had six leases. One Vanderbilt also claimed the highest recorded taking rent for 2020 with one slightly above $175 per square foot, according to JLL.