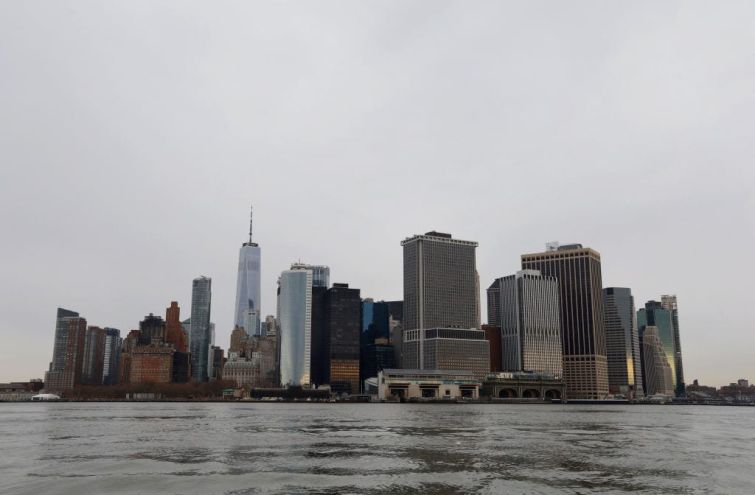 Manhattan office leasing activity plunged 55.9 percent from 2019 to 2020 as the coronavirus pandemic hampered the market and caused record-high availability, according to a report from Colliers International.

The borough saw only 18.97 million square feet of leases in 2020, a huge drop from the number of deals signed in 2019 and the lowest on record post-2000, Colliers found. Meanwhile, the availability rate in the fourth quarter of last year jumped to 14.3 percent, while absorption was a negative 10.62 million square feet, both the highest they’ve been since 2009.

“Manhattan went from, what was in 2019, one of the strongest years in leasing post-2000 to 2020, a complete reversal and the lowest year of leasing activity so far this century,” Franklin Wallach, senior managing director for Colliers’ tri-state research group, said.

Leasing activity started to plummet last year as emergency measures put in place to curb the spread of COVID-19 forced brokers to halt in-person showings of office space. The fourth quarter of 2020 saw 4.16 million square feet of leases signed, two-thirds less than the 13.17 million square feet signed during the same time in 2019, and 52.2 percent behind Manhattan’s five-year average, according to Colliers.

“People were expecting that the fourth quarter would have similar echoes to the third quarter,” Wallach said. “That’s certainly happened.”

In the fourth quarter, 3.19 million square feet of available sublease space was added to Manhattan, and sublease space now makes up 24.2 percent of Manhattan’s total availability, according to Colliers.

In fact, sublease square footage comprises the highest percentage of Manhattan’s office market since 2009, a glut of space that’s dragging on rents.

The average asking rent for Manhattan office space decreased by 3.5 percent from the third to the fourth quarter of 2020, to $74.39 a square foot, the biggest quarterly drop since 2009, and the lowest average since 2018, according to Colliers.

But, even with the fourth quarter of 2020 furthering the grim pace of leasing activity, Wallach said he is optimistic that the market will start to bounce back in 2021.

COVID-19 vaccines have started to be administered around the city, while the Metropolitan Transportation Authority avoided doomsday cuts that could’ve made workers’ commutes to the office much harder, Wallach said. Add to these bits of positive news, such as the late December opening of Penn Station’s Moynihan Train Hall and the fact that companies are able to get better lease deals due to the tumult, and 2021 looks a little sunnier already for the Manhattan office market.

“There’s a little more clarity in the air — especially in regard to the beginning of the distribution of the vaccines — that tenants will begin to re-engage in the market,” Wallach said. “There are the prospects of some pent-up demand.”