Changes to opportunity zones, affordable housing, 1031 exchanges and SALT, plus another stab at Infrastructure Week 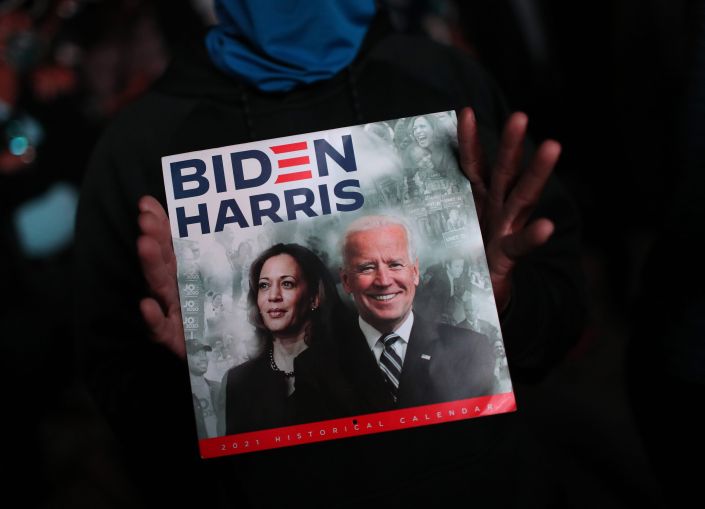 The incoming Biden administration‘s decisions on a range of issues could impact the commercial real estate market and industry directly. Here are the four areas to watch as the former vice president transitions to the presidency this winter.

The coronavirus pandemic is by far the biggest challenge that commercial real estate faces. The virus has emptied offices and hotels; caused a spike in loan delinquencies and a drop in real estate investment trusts’ stock performances; tanked leasing and sales; and banged perhaps the loudest death knell yet for brick-and-mortar retail. Until the coronavirus is under control, industry analysts, owners and brokers say a return to (a new) normalcy in the market and the industry is out of the question.

President-elect Biden is vowing a much more direct federal attack on the virus. President Trump in the closing days of his campaign said repeatedly that the nation was “rounding the turn” on the pandemic. The country has instead recorded more than 90,000 new coronavirus cases a day since Nov. 4, the highest figures of the pandemic.

Trump arrived in office surrounded by high hopes and expectations for translating his experience in New York real estate into tangible infrastructure projects nationwide. Various attempts at jumpstarting those projects floundered against other priorities, political infighting and innumerable controversies; and “Infrastructure Week,” which the Trump administration originally hosted in June 2017 and thereafter tried to resurrect at various points, has become a kind of running joke.

But the pressing needs behind that fleeting effort have not gone away. And Biden has signaled that he would be open to discussing major projects, such as New York’s Gateway, which includes new and improved Hudson River train tunnels, and the retrofitting of office and other buildings nationwide to make them more energy efficient. This signaling from Biden has also included a willingness to partner with private entities and state agencies, such as the Metropolitan Transportation Authority, on various plans. Any infrastructure effort, of course, would involve lots of federal funding. That means it could all crash against D.C.’s partisan gridlock.

Chock up the precariousness of affordable housing financing and funding to the pandemic, too. The virus’ negative economic effects have impacted local and state budgets nationwide, which has, in turn, dragged on funding for affordable housing creation and preservation. And the pipeline for financing privately backed affordable housing development has also dried up. It will take federal wherewithal to get the money flowing again.

Candidate Biden proposed a number of affordable housing initiatives. Perhaps the most prominent among these proposals is a $100 billion affordable housing fund that includes $65 billion for local housing authorities (New York City’s Housing Authority could use some of that). Biden has also proposed boosting funding for the Section 8 rent subsidy program, and throwing the federal government’s influence behind local zoning changes to foster more housing development in general. Again, though, so much of this hinges on political accord in D.C.

In a move aimed squarely at blue states, such as New York and California, that he thought didn’t sufficiently support him, Trump slapped a cap on a tax break that barred taxpayers from deducting more than $10,000 in state and local tax (SALT) from their federal income levies. The Democratic-controlled House voted in 2019 to temporarily repeal the cap, but that move went nowhere in the Republican-controlled Senate. In the end, it’s unclear if many taxpayers are actually able to use SALT deductions, due to the alternative minimum tax. Nevertheless, the break could return under a Biden administration — especially if the Democrats retake the Senate.

At the same time, though, a Biden West Wing could do away with a significant portion of another property tax break. Candidate Biden said he would tweak existing rules covering 1031 exchanges (also known as like-kind exchanges). They allow investors selling a property to defer capital gains taxes if they put the money from the sale into another property. Unsurprisingly, the exchanges are quite popular with real estate investors. Biden’s plan would limit their use to people pulling in less than $400,000 annually. His administration would then use the money from taxes on those making more than $400,000 annually to help pay for a $775 billion plan for child and senior care for 10 years.

Investors and real estate trade groups argue that diminishing 1031 exchanges would sharply disincentivize investment, particularly during downturns. New York developer Francis Greenburger, who wrote the Biden campaign explaining his opposition to the proposed 1031 exchanges, told Commercial Observer he estimates that as many as two-thirds of real estate transactions nationwide would be affected, as at least one party is going into or coming out of a like-kind exchange. Most of these deals would involve smaller investors, too, he said.

Finally, there are the opportunity zones that Trump made the signature of the 2017 federal tax overhaul that he backed. The OZs were designed to foster investment in supposedly blighted areas by permitting investors to defer taxes on capital gains that are invested in a qualified OZ fund until Dec. 31, 2026. As long as the investment is held for seven years, only 85 percent of gains in such a fund are subject to tax. If the investment is held for a decade, any new gains are tax-free.

Unsurprisingly, investors have cottoned to OZs and Trump has often touted their effectiveness at fostering investment in blighted areas. But some have criticized the program as falling short of its goal of encouraging the sort of long-term investment that revives communities economically, and that some investment only furthers the sort of gentrification that then displaces longtime residents. In other words, critics say the OZs reward investors, but not necessarily the zones themselves.

Biden has said he would reform the OZ program, though it’s unclear exactly how. Candidate Biden said the reforms would include requiring investors to provide detailed reporting and public disclosure on their OZ investments’ impact on local residents. The reforms would also direct the Treasury Department to more closely parse which areas are declared opportunity zones. Tweaks such as these wouldn’t require congressional approval.