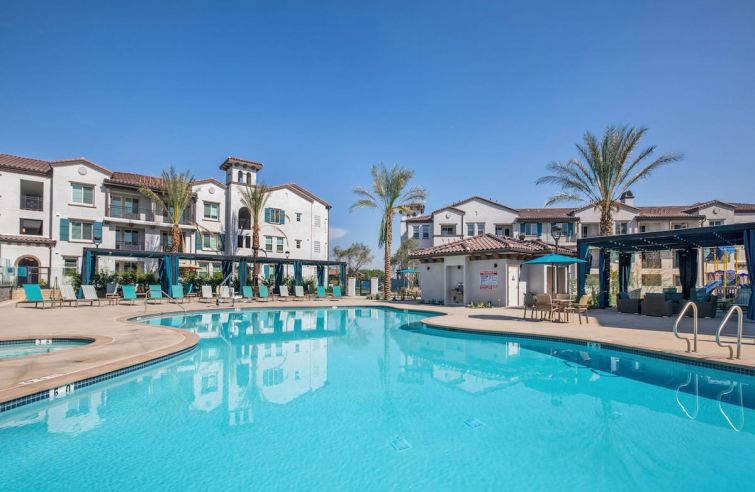 Advanced Real Estate Services (Advanced) will be able to tap into the pandemic-accelerated “urban exodus” with its latest major multifamily acquisition in Southern California’s Inland Empire.

The firm acquired a 346-unit apartment building for $130 million in an off-market deal with Bridge Investment Group, Advanced announced. The property, called The Crossings, was completed last year on a 32-acre site at 15101 Fairfield Ranch Road in the suburb of Chino Hills, along the southeast border with Los Angeles County.

“We purchased this property with 1031 exchange funds from a recent sale of a large mobile home park in Huntington Beach,” Richard Julian, president of Advanced, said in a statement.

While the economic shutdowns restrict development and level more strain on L.A.’s housing crisis, the Inland Empire area is seeing a jump in demand, as well as an increase in new apartments amid a pandemic. An August report from Yardi Matrix showed that multifamily development in the Inland Empire increased 62 percent compared to 2019, while L.A. dropped 30 percent over the same period.

Jackson Square Properties is also tapped into the Inland Empire multifamily market, and recently secured $454 million in Fannie Mae-backed debt for a portfolio with three properties in the region, including one in Chino Hills.

Julian said The Crossings acquisition continues to fill out Advanced’s reach in the western portion of the Inland Empire.

“We are bullish on this market, it continues to be one of the largest employment growth centers in the Western U.S.,” Julian said. Amenities include a business center, pool area, club house, gym, soccer field, playground, dog park and EV charging stations.

Advanced also plans to make two more apartment acquisitions in the next month and a half through the 1031 exchange.

“We are actively searching for more large multi-family assets in our Southern California marketplace,” Julian said. “We are in escrow on two other properties off-market.”

With more than 9,000 apartment units in Southern California, Advanced owns many other properties in L.A. County, Inland Empire and Orange County. Last month, the firm locked in $240.4 million in refinancing from Freddie Mac and Fannie Mae for a 1,223-unit multifamily portfolio with properties in all three regions.

Meanwhile, Bridge Investment Group has more than 40,000 units in its portfolio, according to its website, and the firm is active in markets around the country. In December 2019, Bridge sold a 306-unit multifamily property in the city of Paramount in L.A. County for $99.33 million, records show.