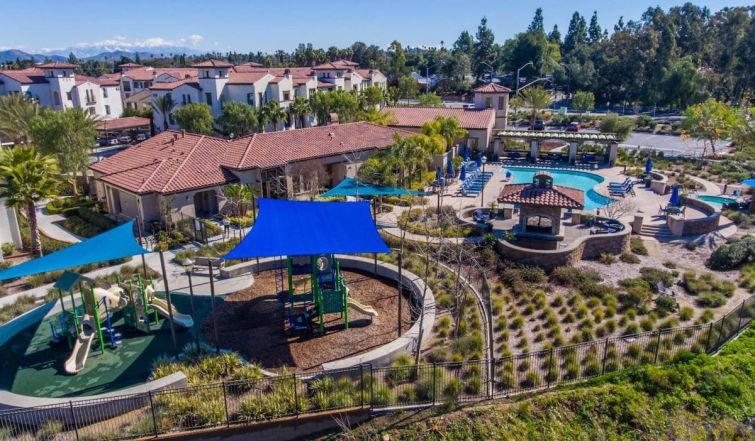 Newmark Knight Frank originated the funding as part of its multifamily capital markets platform. The financing came in two packages, including a new $384.75 million facility for a six-property portfolio with 1,633 units. Four properties are located in Southern California, one in Northern California, and one in Oregon.

The portfolio includes the 288-unit Palisades at Sierra Del Oro and the nearby 300-unit, both in the city of Corona, as well as the 280-unit Village Oaks in Chino Hills. All three properties are located in Southern California’s Inland Empire. It also includes the 233-unit Terra Nova in Chula Vista near San Diego; the 244-unit Hawthorn Village in Napa Valley; and the 288-unit Terrene at the Grove, located in Wilsonville, Oreg.

The other refinance was a $69.3 million, 10-year, full-term interest-only fund for the 624-unit Callaway Apartments, located in Taylorsville, Utah. The 73 percent loan-to-value advance priced in the 2.8 percent range.

NKF announced the funding but declined to confirm the name of the borrower. NKF’s Mitch Clarfield and Ryan Greer led the effort.

“[T]his execution proves that despite the current challenges and unclear economic environment, it is possible to secure excellent financing at historically low rates,” Clarfield said in a statement.