The development will benefit from two future subway stations, which Skanska is also constructing 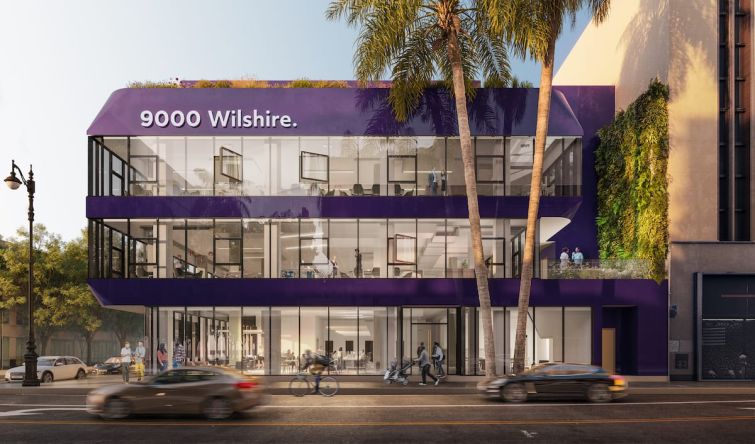 The three-story office will include 46,000 square feet at 9000 Wilshire Boulevard. Rendering: Skanska

Less than a year after launching a commercial real estate division in Los Angeles County, Skanska has started building a 46,000-square-foot office in Beverly Hills.

The development and construction firm is building the three-story office with an 11,000-square-foot rooftop deck at 9000 Wilshire Boulevard. The project will replace two retail buildings and a parking lot at the southwest intersection of Wilshire and Almont Drive.

The project will take advantage of Metro’s multi-billion-dollar Purple Line extension, which will eventually connect Downtown L.A. to Beverly Hills, Century City and L.A.’s Westside. Two of the future stations, which Skanska is also constructing, will each open blocks from 9000 Wilshire in a few years.

At $5.63 per square foot, Beverly Hills boasted one of the highest asking lease rates in the county after the third quarter.

Last week, Commercial Observer reported that the Hakim family, now led by Sam Hakim, acquired a small office in Beverly Hills for about $1,216 per square foot. It’s located less than a mile west of 9000 Wilshire, and it was the family’s third acquisition in Beverly Hills this year.

Skanska’s L.A. team is led by De Briere out of the U.S. Bank Tower in Downtown L.A. The firm continued its commercial expansion recently with a $18.9 million deal that closed in August. Skanska acquired a 76,727-square-foot plot at 1811-1815 Sacramento Street in the booming Arts District in Downtown L.A., where it plans to build a 13-story office building. It’s adjacent to the new Soho Warehouse and to specialty retailer Rolling Greens. Construction is expected to begin in 2023 and be completed in late 2025.