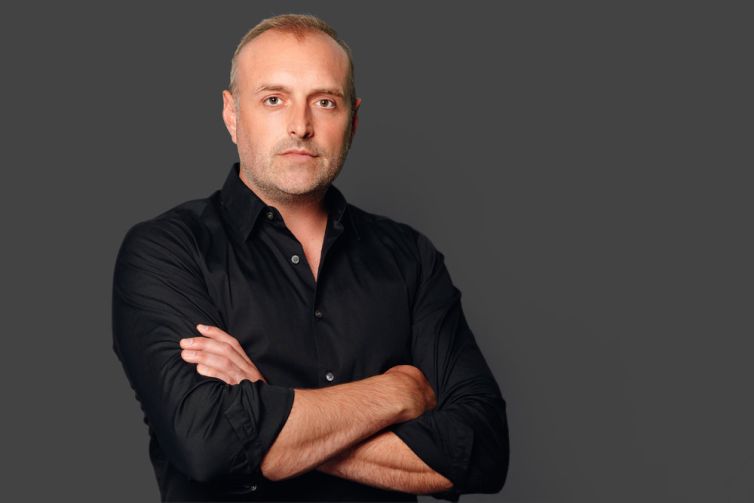 Los Angeles currently has 168 hotel projects with some 28,500 rooms in the pipeline, the most of any market in the country. That includes 46 projects currently under construction, according to a report by Lodging Econometrics. And most projects are centered in Downtown L.A., which has been undergoing a years-long development boom.

Boutique hotel developer BLVD Hospitality — founded by Jon Blanchard — helped ignite the wave of development in DTLA, and had a big year in 2019 to boot after adding hundreds of rooms to the market. The Arts District-based firm has been expanding outside its DTLA wheelhouse, and will soon launch its own hospitality service as an answer to the continuously rising select-service model.

Blanchard is an L.A. native who has worked in design and construction, and previously helped develop single-family homes, bars and restaurants. But he also developed a passion for hospitality, and his greater goal was to get into development and ownership of hotels. He achieved that goal when he formed BLVD Hospitality in 2010 with the idea of repurposing historic buildings into unique hotel experiences.

“I tried to capture as many interesting buildings as I could, and put in interesting forward-thinking brands to create a true destination for people, and hoped it would bring certain areas back to life,” he said.

BLVD was among the firms that started the DTLA renaissance and hotel boom years ago with the opening of the Ace Hotel in DTLA’s Historic Core district. Connecticut-based Greenville Partners, BLVD’s equity partner, acquired the United Artist Building at 929 South Broadway in December 2011 for $11 million, and BLVD restored and transformed it into the 182-room hotel with 100,000 square feet of space. The hotel opened in 2014, and Greenville sold it in 2015 for $94.3 million. And just a couple months ago, Aju Hotels & Resorts acquired the ACE Hotel for $111 million — or $643,000 per room — in a deal worth ten times the amount the property sold for in 2011.

The Ace Hotel catapulted BLVD onto the map. Now, the firm says it has developed more hotels in DTLA than any other company, and indeed, BLVD had a busy 2019.

One project started with a 62,000-square-foot warehouse that was built in 1917 at 1000 South Santa Fe Avenue in the Arts District. BLVD and SoHo House converted it into the 90,000-square-foot Soho Warehouse, which opened in September with 48 rooms. The following month, BLVD’s 10-story Hoxton Hotel opened at 1060 South Broadway, back in the Historic Core. Similar to the Ace Hotel, the Hoxton was formerly a L.A. Railway building built in 1925 that had been abandoned for decades, Blanchard said. Now, it includes 174 rooms and 90,000 square feet of space.

The next project — again in DTLA’s Historic Core — brings new frontiers for both the firm and the city. BLVD and Dutch firm CitizenM started constructing an 11-story project at Fourth and Spring Streets in the summer. The 115,000-square-foot project is the first ground-up development for BLVD, and the first high-rise modular project ever approved in L.A., which is a cost-effective means of constructing most of the building off-site and putting it together in pieces at 361 South Spring Street.

The hotel, CitizenM, will add 315 rooms that average 150 square feet of space. It was designed by Dutch architecture firm Concrete and L.A.-based Gensler. Construction is expected to finish by the end of the year.

BLVD has also recently been expanding beyond DTLA, and looking around other Southern California areas like West Hollywood, Santa Monica, Culver City, Venice and Silver Lake.

“As much fun as it was building our careers in Downtown L.A., we felt it’s time to move out of that as our focus, and look to other areas where we can hope to make a small footprint,” he said. “We don’t have to be first or second. We just want to find a good piece of property with a good brand and operator.”

Blanchard said the DTLA market is saturated with all the rooms coming online, and the projects that are planned but waiting in the pipeline for financing.

“I do think that it’s the right time to pause and let these assets stabilize a little bit given all that came online at once,” he said. “A lot of projects are in entitlements right now, and there’s concern with supply and demand with so many rooms being added to the market. […] I don’t see them coming online anytime soon.”

This year, the firm is focused on working with other brands and operators, but BLVD also launched and is expanding its own operating services brand. The first project with the BLVD brand will be located in Southern California, and be announced this summer. The second location will be in Central L.A.

Blanchard explained that it’s the firm’s “answer to select-service” models that have been expanding in the hotel industry by mixing limited and full-service operations. BLVD’s plan is to combine the boutique experience with the select-service model, and provide affordable rooms with “character, charm and thoughtful design.”

“Something we always wanted to do was eventually create our own hotel brand — something that we felt could create an experience for people, that’s our concept,” he said. “So, it’s really disrupting that [select-service] space a little bit.”

CBRE’s forecast for 2020 showed that boutique and lifestyle hotels will remain a favored asset class for developers and owners. But, like the greater lodging industry, the performance is expected to be “muted.” Upper priced boutique properties are forecast to see the greatest growth in revenue per available room after a decline in 2019. However, lower priced legacy brand properties are projected to suffer a decline during 2020, after relatively strong growth in 2019.

Working with and converting historic buildings can be arduous, particularly in California, where entitlements take years to achieve even when historic structures aren’t involved. But Blanchard said the time-consuming regulations have gotten worse over time.

“Entitlements are the main obstacle, and that was what I essentially grew up dealing with,” he said. “There’s a lot of frustration with how long it takes to build. It shouldn’t be that way. There should be at this point in this time a more straightforward process. […] You feel for the folks from outside of the state who don’t have the experience.”

“With that said, we’re not going to stop doing projects here,” he added.

“It’s been a challenge that has been difficult for everyone involved. […] It’s been a real eye-opener for everybody,” Blanchard said. “It’s extremely challenging as developers, sponsors, lenders, when you’re signing a [guaranteed maximum price] agreement with a contractor or any agreement and you’re seeing prices jump 20-30 percent. […] It has hurt a lot of projects, and I think it’s prevented projects from happening.”

He anticipates that after the current wave of rooms comes online, that construction costs and prices will slow down as more labor becomes available. Blanchard also told Commercial Observer that BLVD is planning to roll out a new investment fund this year to back emerging developers around the country.