Clare De Briere leads the firm’s activity in Los Angeles, which is kicking off with a project in Beverly Hills 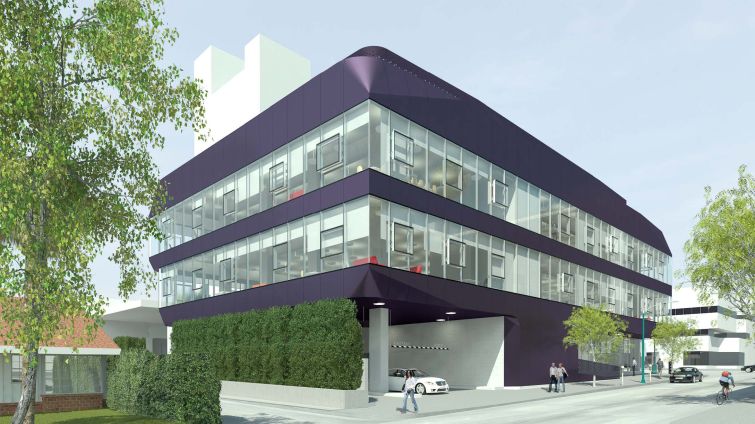 Skanska USA has launched a division for commercial real estate in Los Angeles County, and announced that its first project will be an office development in Beverly Hills.

Skanska’s expansion into the commercial side of L.A. follows its civil developments in the county, like Metro’s Purple Line subway expansion and the Sixth Street Viaduct project, which is the largest bridge project in L.A. history. The firm’s commercial team in L.A. will be led by executive vice president Clare De Briere at the U.S. Bank Tower in Downtown L.A., where it occupies more than 13,000 square feet.

“It only made sense that commercial development would follow,” De Briere said via email. “Now, as we’re seeing a huge investment in mass transit, very minimal new office stock available across the market, and a strong and diverse economy, it was a perfect opportunity for Skanska to establish a commercial development practice in the L.A. market and acquire our first project in Beverly Hills.”

De Briere is responsible for land acquisition, development and design, tenant leasing strategy, and future projects. She joined the firm in August 2018 to explore the opportunities the firm would have in L.A. The L.A. office currently has six employees, and De Briere expects that number to grow. They will explore office, multifamily housing, and mixed-use developments.

“In the near term, our initial projects will be office,” she added.

The first office development will be at 9000 Wilshire Boulevard, two blocks east of South Doheny Drive.  Skanska purchased the entitled development site with plans to construct a three-story, 40,000-square-foot office in one of the tightest submarkets in the county. It was sold by Santa Monica-based Taslimi Construction, which acquired the site for $5.4 million in 2011 and secured entitlements with the city. Skanska did not disclose the sale price.

The project, at the intersection of Wilshire and Almont Drive, was designed by L.A.-based architect Neil M. Denari in collaboration with HLW International. It will replace two existing retail buildings and a paved parking lot at 9000 and 9006-9010 Wilshire Boulevard.

The project site is located near Beverly Hills’ “Golden Triangle” — a fashion hub that is home to luxury retailers, restaurants, hotels and bars. Two future Metro Purple Line stations, which Skanska is also constructing, are also set to open two blocks from the project site.

“We wanted to start with a great jewel box of a building,” De Briere said via email. “It is consistent with our plan and intent to follow the transit and to build around transit.”

Coworking, media and tech firms continue to drive demand for new office space throughout the county, especially on the Westside, which includes Beverly Hills. According to a third-quarter market report from Savills, the Westside has the highest asking rates in the region and steadily declining availability.

The combined submarket of Beverly Hills and West Hollywood has the fourth-lowest vacancy and the highest rent in the county at $5.47 per square foot. There are no new office projects currently under construction in Beverly Hills.

“With demand for newly developed space in Beverly Hills far exceeding available space due to a limited supply of new buildings and a less than 10-percent vacancy rate, desire for newly constructed creative office space in the city is extremely high,” De Briere said in prepared remarks.

Two weeks ago, Wells Fargo lent $128.6 million to refinance an office property at 360 North Crescent Drive, and Bolour Associates is expanding its Beverly Hills headquarters, which is also located on Wilshire Boulevard. Down the street, Dutch investment firm Breevast also acquired two Beverly Hills office buildings earlier this year for $154 million. That trade included $107.5 million for the 83,000-square-foot building at 8942 Wilshire Boulevard — which is leased to Paradigm Talent Agency — and $46.5 million for the recently renovated 76,000-square-foot office at 4525 Wilshire Boulevard.

The demand for entitled projects has also been growing in Southern California, as the approval process has become too costly and risky for many builders. It can sometimes take years, especially if a proposed project requires environmental review or if it is challenged in court. Indeed, the process for 9000 Wilshire started in July 2015, and concluded in August 2017, according to marketing materials.

In addition to large-scale infrastructure projects, Skanska has other commercial development arms around the country, and invests in and develops office and multi-family properties in Boston, Houston, Seattle and Washington, D.C. The company has developed speculative offices for clients like Dropbox, Bank of America, PricewaterhouseCoopers and Tommy Bahama. The firm’s U.S. operations include building construction, civil infrastructure and developing self-financed commercial properties, which together generated $8 billion in revenue in 2018.