Why Big Tech Is Making a Play for Playa Vista 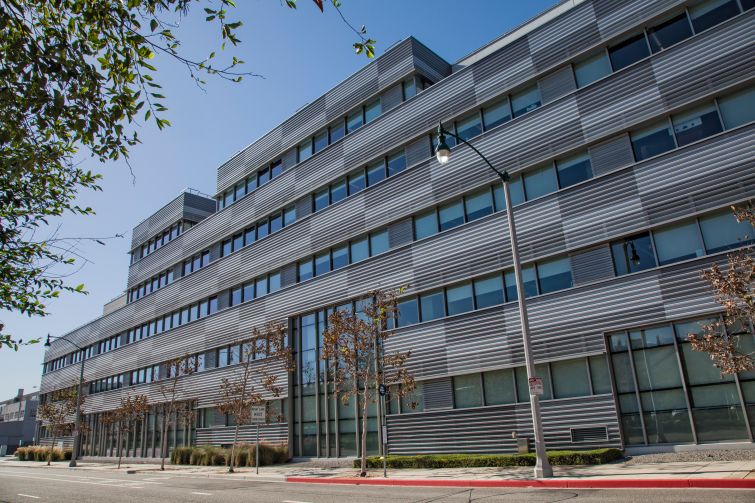 The Campus at Playa Vista, adjacent to Facebook's new Photo by: Citizens of the Planet/UIG via Getty Images

When rumors appeared that Facebook was close to signing a deal to occupy 260,000 square feet at the Brickyard in Playa Vista, as The Real Deal reported last month, it was just the latest in the trend of major tech companies staking a large footprint in the Westside planned community.

There’s Google, which is expected to move into the repurposed “Spruce Goose” aircraft hangar—where Howard Hughes built the Hughes H-4 Hercules more than 70 years ago—this fall. The search engine giant signed a lease for the 319,000-square-foot space at the hanger on the Hercules West Campus in mid-2016, joining fellow tech leaders Yahoo and YouTube in the area.

The concentration of tech and media players is not surprising to brokers specializing in creative office leasing.

“Companies make their decisions about where they want to go based on where they can find and retain talent,” said Marques Williams, a director at Cushman & Wakefield and part of its media and technology practice in West Los Angeles. Then the secondary layer of that is they want to be among likeminded companies that are in their wheelhouse. People pay to be in Playa Vista because they think they can attract L.A.’s best talent and they also feel they can create a community and a culture within their space that is reflective of their brand.”

Williams said that the fact that the area—in the works since 1978—was designed as a place where employees could live, work and play without having to commute long distances in traffic-plagued L.A., is also a big draw. (Brookfield Residential Properties purchased the Playa Vista masterplan from Playa Capital in 2012.)

“In Playa Vista, there are large-block tenants there that are like 50,000 square feet or above,” Williams said. “It almost feels like everything in Playa Vista is part of a campus that is designed to keep you there. Playa Vista is more of a suburban type of setting where everything is newly manufactured to check off all the boxes you need.”

It doesn’t hurt that the newly constructed buildings with large floorplans were built to serve the needs of creative media and tech clients.

“The product type is what it’s all about in the end,” Williams said. “It’s a function of how people are working today. You see big blocks of open space; column width is much larger than an older building. The building core and mechanical systems are positioned in a way that lends themselves to large bullpen areas. High ceilings, interesting architecture—all of that is purposely built to attract the best and brightest media and technology companies that are out in the market.”

Facebook’s decision to up its original footprint at the Tishman Speyer-owned complex Brickyard from the original 120,000 square feet to more than a quarter million square feet is about protecting the company’s growth prospects, according to Matt Brainard, a senior managing director at Savills Studley.

He added: “We see this in San Francisco. We see Apple and some of the other big users up there taking up big blocks of space. They don’t necessarily occupy it right away. For them it’s about controlling the space so they can control their growth and have a place to put their people”

It didn’t hurt that Playa Vista used to be a relative bargain in comparison to other established Silicon Beach areas like Santa Monica.

Silicon Beach—the Westside area of L.A., from Santa Monica on southward, including portions of the South Bay—is where a large concentration of tech, digital and social media, content providers and now the advertising agencies, finance and law firms that serve them, have tended to locate.

“Several years ago when Playa first got the momentum to turn it into what it is today, it was very strictly Santa Monica costs X dollars per foot for month [and] Playa Vista is that number minus $1,” said Patrick Amos, a senior vice president at CBRE. “It filled up initially as the cool, low-cost alternative, which of course it is no longer. The first deals that were signed, people laughed about people paying $3 per square foot. Now it’s double that.”

Indeed. According to stats from C&W’s second-quarter report on West L.A., Playa Vista’s direct average asking rent for Class A office space was $5.35 per square foot with no buildings currently under construction.

For Amos, the change is a bit bittersweet. “There is only one tenant at the Brickyard right now”—Loyola Marymount University, which signed a 12-year-lease for 50,000 square feet to house its School of Film and Television last year—“and 300,000 square feet of vacant space. You’re probably going to get 3,000 more employees if the deals we are talking about happen on time. Just walking around, I got the sense that this will be a very cool, vibrant place to be. The sad part is at that point there won’t be any space left.”