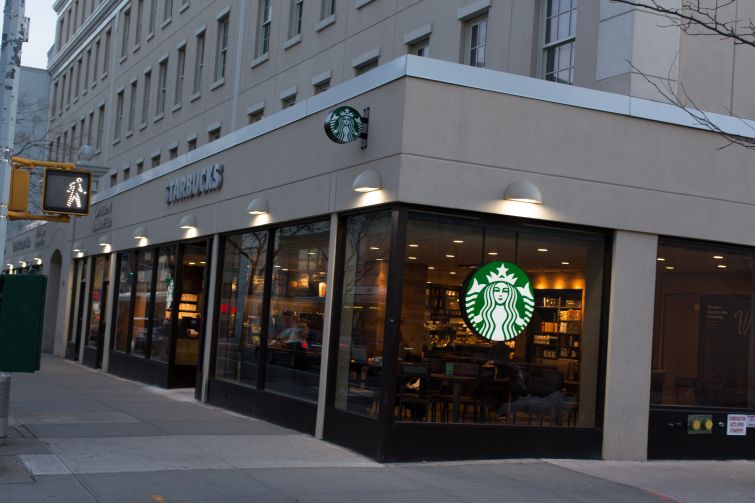 Starbucks has added coworking to its menu, the company announced in a press release.

The mega coffee chain has opened a coworking floor in a two-story cafe in Tokyo, where users can rent private booths and meeting spaces.

The location is inside the Circles Ginza building in the Ginza neighborhood of Tokyo, and was created in collaboration with marketing firm Think Lab, which operates the booths and describes the option as “solo-work” as opposed to coworking, TimeOut reported.

“The store in Tokyo located in a collaboration working space is currently our only store, a spokesperson for Starbucks said. “We do not have plans to open additional stores in this format at this time.”

The location spans a total of 2,375 square feet, and Think Lab’s solo-work area includes 17 booths in 750 square feet, per the release. The first floor operates as a standard Starbucks coffee shop.

Meanwhile, WeWork has also begun offering a pay-as-you-go option in the United States, called WeWork on Demand, for members and non-members alike, the company announced.

Currently, WeWork on Demand is available at 12 locations in Manhattan and Brooklyn, with workspaces and meeting spaces available for $29 a day or $10 an hour.  The locations were formerly operated by Spacious, which WeWork acquired in August 2019, just before its disastrous IPO attempt.

WeWork launched a similar program in China in 2019, called WeWork Go, where it offers daily and hourly rates without membership, with added perks like free coffee to go along with it. However, the program made up less than 1 percent of WeWork China’s revenue in 2019, according to Reuters.