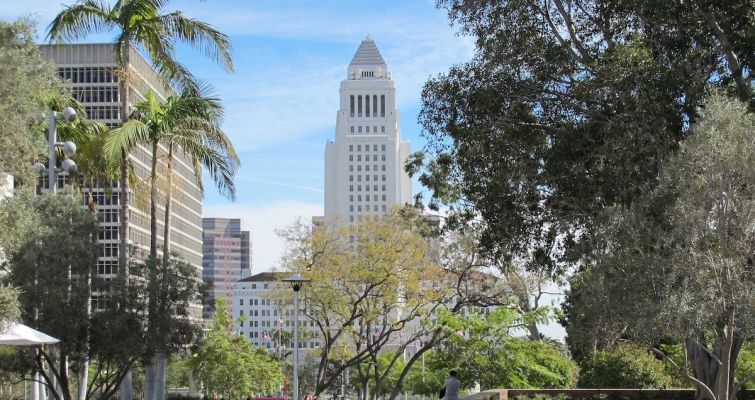 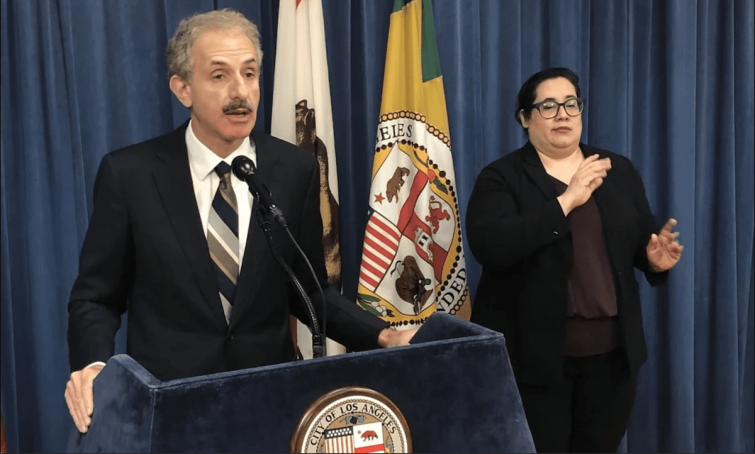 In response to the ongoing corruption scandal involving real estate developers in Los Angeles, elected officials have announced a series of measures addressing the approval process and zoning code, including a plan to revoke permits tied to fraud or wrongdoings. But experts question the legitimacy of the proposals and whether the city has the authority to go back and rescind entitlements.

Land use attorneys, industry players and city officials told Commercial Observer that the plans are performative attempts to restore public trust that won’t improve outcomes regarding corruption. They said the ordinances are ineffective and too broad, and they paint developers with too big of a brush.

City Attorney Mike Feuer’s proposal would have the most immediate impact by allowing the City Council to revoke project approvals and terminate pending applications. It aims to root out corruption and enhance “the public’s faith in elected leaders and public servants,” the ordinance reads, by subjecting “developers whose projects may be tainted by corruption or fraud” to potential termination.

The ordinance requires a two-thirds vote by the council to both initiate a hearing and then to revoke entitlements if they determine “there exists the taint of corruption or fraudulent activity.” Causes for terminating approvals include falsification of information; omission or misrepresentation of facts; and withholding records. Anyone found to be involved could be suspended or permanently banned from doing business with the city.

Andrew Brady, an associate with DLA Piper, likened the bill to a nuclear bomb used to take out one person, and he wasn’t the only person to use that analogy when speaking to CO.

“I don’t understand why it’s drawn so broadly if its intent is to truly go after the specific issue of corruption,” he said. “I think it does make people nervous. Is this going to become a proverbial witch hunt? […] It’s certainly written to enable it to be much broader, which I think raises some concerns and consternation because the question arises, why?”

Land use attorneys are pointing to protections in the Takings Clause of the Fifth Amendment of the U.S. Constitution. It protects property owners from changes in retroactive legislation, and from inverse condemnation, when the government takes property without compensating. Brady said the city runs a significant risk of expensive litigation if inverse condemnation cases are filed and a court finds the city’s justification in rescinding entitlements was insufficient.

However, Feuer’s motion states that developers have no vested rights under permits or approvals procured by corruption and fraud. Rob Wilcox, spokesperson for the city attorney’s office, said they are confident the ordinance will survive judicial review and declined to comment further.

City Planning Commissioner David Ambroz on Thursday requested that department staff report back on Feuer’s proposed ordinance. Afterward, Ambroz told CO that he fears it will affect a larger group of developers than those that participated in the latest corruption scandal.

“General opponents of development, NIMBYs, will use this as a blunt instrument to arrest all development. I don’t think that’s equitable or fair, and it sends the wrong signal for our ongoing economic development,” he said. “We should be very thoughtful in our response and correction, and not be overly broad and set off a nuclear bomb. […] A thoughtful and thorough review is a signal to the public that we are doing a much needed ‘spring cleaning,’ and that signaling in and of itself does have value.”

But land use attorneys, industry experts and other city officials are lamenting the city’s response. On the condition of anonymity, a prominent market analyst in West L.A. said that “instead of blaming the system, which abuses developers, everyone loses with this approach.”

“Mayor, city attorney, planning and councilmembers hold up developers with unnecessary legal and illegal requests, but the blame is always diverted,” the analyst said.

A city official in the Planning Department, also speaking anonymously, said the problems arise when “council offices squeeze developers by exercising too much discretion.” But the official pushed back on any narrative that that absolves developers of illicit activity, and said the system exists today because too many developers took advantage of council members’ discretion, and “lobbied endlessly for policies that are what we have today.”

“The City Council members have created the political process that every single construction job in the city has to go through,” she said. “That is their fault. And they created the situation.”

Thompson believes it’s a good idea for the city to look into projects approved via alleged wrongdoings by Councilman Jose Huizar (CD-14), the former chairman of the powerful Planning and Land Use Management Committee (PLUM) who is facing 34 federal charges stemming from alleged corruption involving project approvals. But she doesn’t think that means the city should do a “wholescale reversal of approval” on other projects just because they had support from either Huizar or former Councilman Mitch Englander (CD-12), who pleaded guilty to corruption charges earlier this year and also was a member of the PLUM Committee for years.

Thompson said people call in favors on both sides — for and against development — “every single hour of every single day in this city.” And, if developers talk to the council members to get support for a project, or also made donations to their campaign, she said it doesn’t mean the projects shouldn’t be approved.

“There are so many times when we have somebody in the neighborhood that’s close to the council member and calls in a favor, and we get held up for years because this person has a certain amount of influence with the council member — whether they helped get them elected, they served on some political action committee,” she said. “So, when you start to open up Pandora’s box, you better be careful at how far you’re going to go because it cuts both ways.”

Brady said the ordinance also brings up questions about projects in Huizar and Englander’s districts where there was no pay-to-play, but the councilmen wanted the developer to contribute money to public funds as a condition to get entitlements.

“It puts the developer in a position of doing what makes the council member happy,” Brady said. “Are those also covered?

City officials have told CO off the record that they expect that the proposal will likely die and not be enacted by the city. After Feuer introduced the plan, Michael Weinstein, president of AIDS Healthcare Foundation, told CO that he isn’t planning to drop a lawsuit the nonprofit filed against the city to review all projects that were approved by the city when Huizar and Englander were members of the PLUM Committee. He said these kinds of proposals “never go anywhere.”

City Council President Nury Martinez also introduced a series of measures recently to address corruption at City Hall. They include a ballot measure to update the city’s zoning; limiting the general plan amendments for proposed developments; skipping over the PLUM Committee for mega-projects; and ensuring all contact between developers and council members’ offices are public record.

One land use attorney told CO that his firm has been talking about these proposals all week. The city official speaking anonymously said the plan to skip over PLUM on major projects merely redirects potential wrongdoings to different elected officials, and does nothing to address corruption.

“How does that help anything?” the official said. “It’s like, who do I have to influence? Oh, it’s just someone else in a different meeting.”

Brady said the council members are “chasing the optics rather than getting to the root problem.”

“Divesting the City Council of power, reducing the general plan amendments — that almost seems like admission that they can’t be trusted,” he said. “[…] That seems to support the conclusion that the City Council and the city can’t responsibly, and without corruption, handle the process of approving development projects. And I don’t think it’s true.”

He said the bills are not engineered to solve the problem, but rather to address public perception, and he doesn’t think they will do much in that regard either. The city official speaking anonymously called the plan to limit general plan amendments a solution in search of a problem, and explained that the process is needed to allow developers flexibility to do what makes sense for their property.

On Thursday, Commissioner Ambroz also requested a report on the proposals by City Council President Martinez, and questioned how they decrease the possibility of corruption.

“We have so much work to do to decrease the possibility of corruption, and reaffirm public support.” Ambroz said during a commission hearing. “The danger would be a public perception that they seem pro forma and superficial.”

He told CO that the solutions Martinez proposed are important conversations to have. Additionally, he recommended the city remove part of the charter — Section 245(e) — that allows council members to veto parts of approvals added by the City Planning Commission.

“Many of the projects that have been brought to light by the investigations have to do with projects where Section 245(e) was exercised,” he said. “It should be an up or down vote on the City Planning Commission’s recommendation. Instead, what we have now, is the removal of important sections of the recommendation.”

Thompson also said a better solution would be to end the system that requires so many projects to go through an entitlement process. She said there is no place else in the country she is aware of where that happens.

“And the reason is because these City Council members and some of their predecessors want it that way,” she said. “They’ll complain nonstop about how they hate local land use cases, they hate the controversies. But (you can’t) get them to let the planning and zoning departments and the building department of the city of L.A. do their job and not create these layered intricate processes.”

The city official speaking anonymously went further, and said L.A. should remove council authority over land use, and the whole planning process should be deferred to the Planning Department.

L.A. has for years been struggling with a notorious housing crisis while developers struggle with a notoriously arduous and expensive entitlement process. And more legislation that targets developers instead of improving the system could continue to rub them the wrong way. The tug-of-war between builders and local community groups, labor unions and politicians has pushed developers away in many cases.

“For the last 15 years, I’ve seen nothing but a constant drum of negativity toward developers, and those who work for and represent developers,” Thompson said. “I had some developers who came in from New York, who’d been here about two years, and they’re like, ‘we’re going to sell our project, we’re done. We don’t have the patience and the wherewithal and the bandwidth to continue to deal with this.’”