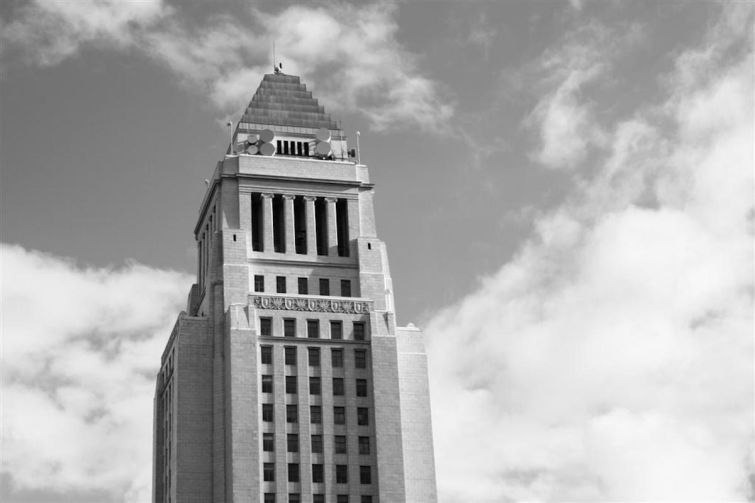 City Attorney Mike Feuer proposed an ordinance that would give Los Angeles a tool to kill real estate projects “tainted by corruption and fraud,” including the developments implicated in the ongoing federal investigation into alleged bribery and pay-to-play schemes at City Hall.

The proposal comes as a city councilman and former chairman of the powerful Planning and Land Use Management Committee (PLUM), Jose Huizar, faces 34 federal charges after allegedly running a “criminal enterprise” involving real estate developers. He pleaded not guilty this week to bribery, racketeering, money laundering and extortion.

In a letter to city council members, Feuer explained his proposal would allow them the ability to “revoke project approvals, entitlements, and building permits, and terminate pending project and building permit applications, where there exists the taint of corruption or fraudulent activity.”

He cited the need to “take decisive action to address the specter of corruption and fraud that looms over the city’s land use decision-making process.”

“Adopting this ordinance, and using it to tackle projects tainted by egregious misconduct, would be important steps to help restore public confidence,” Feuer said in a statement. “In addition to revoking approvals and permits, this proposal would enable the council to prohibit wrongdoers from participating in future developments requiring city action.”

Feuer urged the City Council to use the bill to penalize the projects that have been described in the U.S. attorney’s office’s complaint against Huizar, which includes a 20-story tower at Hill Street and Olympic Boulevard; a 35-story tower planned in the downtown Arts District; and the Luxe City Center Hotel project located at 1020 Figueroa Street.

Earlier this year, Director of Planning Vince Bertoni started revocation proceedings of certain entitlements and approvals related to the Luxe Hotel project downtown at Feuer’s urging, and the Department of Building and Safety placed holds on issuing permits for projects connected to the federal probe after Feuer advised they do so, according to his office.

Earlier this week, local healthcare nonprofit and activist group AIDS Healthcare Foundation (AHF) filed a lawsuit against L.A. and city officials to stop projects that were approved by the city when Huizar and Councilman Mitchell Englander were members of the PLUM Committee. Englader recently pleaded guilty to one felony corruption charge after he tried to cover up cash payments, a female escort, and other bribes, including trips to Las Vegas, from a developer.

“There was one point there were only three members of that committee, and the two of them had the ability to pass 100 percent of all the projects [by majority vote]. It was just legalized robbery,” Michael Weinstein, president of AHF, said. “There should be a cursory review of 100 percent of the projects that Englander and Huizar were involved in — maybe not all at the same depth, but at a minimum the ones where there was significant community opposition, they should determine what monies changed hands.”

AHF has filed several appeals and lawsuits against major developments during the three years when Huizar and Englander made up a majority of the PLUM Committee, including for the Palladium project next door to its Hollywood headquarters. Weinstein told Commercial Observer he doesn’t expect to pull back on his lawsuit because past proposals from city officials to reform the entitlements process “never go anywhere.”

“I can’t applaud anything that’s being proposed in terms of reform because nothing previously has amounted to anything of any substance,” he said.

Weinstein questioned why corruption needs to be proven for projects to be scrutinized because citizens who object to projects “don’t have the wherewithal to investigate and determine that.”

“Right now, the council is operating in the same way it has always operated, which is basically each council person has the ability to approve any project because no other council person will object. They all support each other’s projects,” he said. “If you don’t pull the weed out by the roots, it’s going to grow back, and so far, there have been no indictments against developers, and there’s no real change to how they’re doing business. A minimum should be a discouragement ill-gotten gain here. If they don’t do that, they’re sending a clear message that it’s still business as usual.”