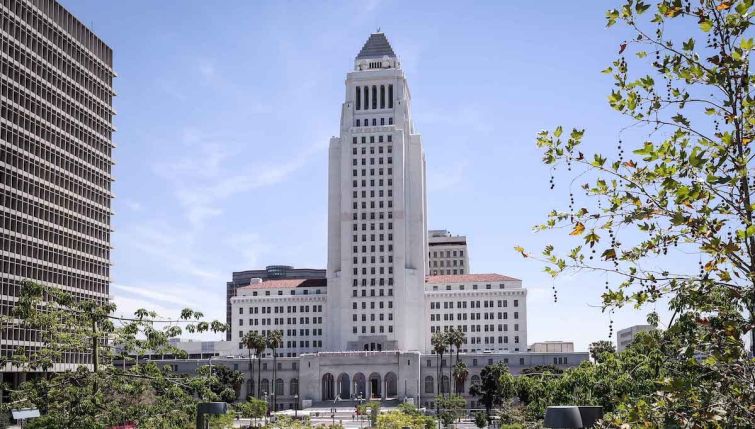 Los Angeles officials are proposing more land use regulations and changes to the entitlement process in response to the ongoing federal corruption investigation at City Hall tied to real estate developers.

Huizar pleaded not guilty earlier this month. But, in June, former Councilman Mitchell Englander pleaded guilty after allegedly trying to cover up other cash payments and illicit bribes from developers.

Martinez’s motions also follow a proposed ordinance from City Attorney Mike Feuer that would allow L.A. to revoke development permits “where there exists the taint of corruption or fraudulent activity,” including for the projects implicated in the investigation.

Martinez said restoring the public’s trust in city government “is job one,” and she introduced the motions to “close loopholes that corrupt individuals might use to their advantage.” One motion would introduce a ballot measure that would direct the city to update its zoning code and dramatically limit entitlements developers seek beyond what is allowed under zoning rules, such as general plan amendments and other concessions.

“Our planning and land use process is flawed, and at the root of our challenges is the outdated zoning code,” said Councilman Marqueece Harris-Dawson, who seconded the motion, in prepared remarks. “Reforming our zoning code … will help to improve how planning is conducted in the city, ensuring that projects that are built reflect the changes that residents want to see in their communities.”

Another proposal would send “high-value” projects — or “mega-million dollar” development proposals — from the City Planning Commission directly to the City Council for consideration, skipping over the Planning & Land Use Management Committee (PLUM), which was formerly led by Huizar and previously included Englander.

A third motion aims to make the development process more transparent by ensuring all contact between developers and council members’ offices are part of the public record.

The motions were referred to PLUM and the Rules, Elections & Intergovernmental Relations Committee, where they will generate reports from staff before coming back to the City Council for discussion and approval.