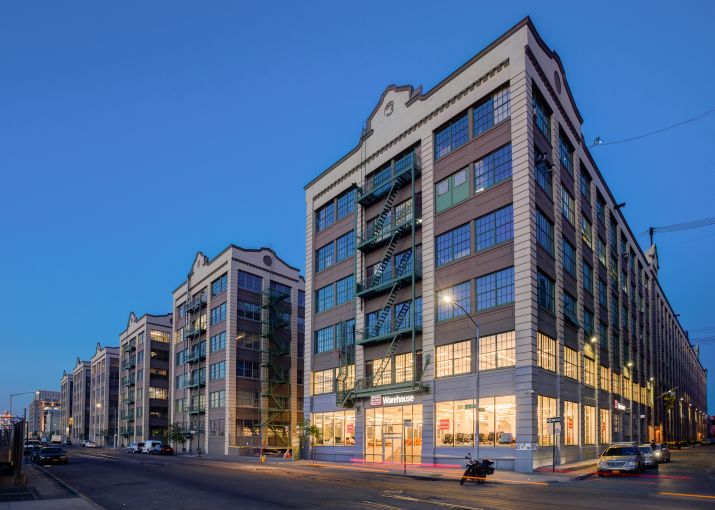 Despite the opposition of the local city councilmember, the City Planning Commission today approved the controversial rezoning of Industry City in Sunset Park, Brooklyn, which is expected to generate several hundred thousand square feet of new commercial space.

Commissioner David Burney was the only member of the planning board to vote against the proposal, which local activists have criticized as a form of gentrification. Meanwhile City Planning Director Marisa Lago, who also chairs the commission, emphasized that immigrant-heavy neighborhoods like Sunset Park need jobs now more than ever as she cast her vote to approve the project.

The approval comes a few weeks after City Councilmember Carlos Menchaca, who represents the neighborhood and has the final say over the rezoning, announced that he would vote against the plan to redevelop the 35-acre industrial campus along the East River.

“Industry City’s rezoning will make it harder for working people to live in Sunset Park, and our city land use process favors corporate developers as they profit off the displacement of working class New Yorkers,” Menchaca said in an Instagram video. “It is clear that the gentrification and displacement our city is combatting today is the result of giving private developers free rent.” He also asked that Industry City officially remove its rezoning application.

The rezoning, which has been in the works since 2017, originally called for the development of two hotels, retail, new academic space, event space and light industrial buildings geared toward office and higher-paying industrial tenants. All told, the plan was supposed to generate 1.4 million square feet of new commercial space in the World War I-era industrial complex.

Last year, Industry City CEO Andrew Kimball agreed to remove hotels from the plan and set aside below-market industrial space managed by a nonprofit, after facing pressure from Menchaca and neighborhood groups like UPROSE. However, the actual zoning proposal was never modified, City Limits reported last week, and the special permit approved today does include hotels. Lago told the commission during a hearing last week that Industry City planned to remove hotels from the application before the City Council voted on it.

“By agreeing to update regulations that were put in place decades ago, city government will send a strong message that New York is ready to turn the corner and begin its recovery from the worst crises it has ever faced,” Kimball said in a statement. “After considering the facts, including that the proposal will lead to the creation of 20,000 good- paying jobs and generate $100 million in annual tax revenue, the City Planning Commission has now recommended that the plan be approved. We will continue to make the case for this proposal and look forward to working with the City Council and other community stakeholders as the approval process enters its final phase.”

Menchaca had also promised that he would not support the rezoning unless the city invested in affordable housing in the neighborhood. And Mayor Bill de Blasio has studiously avoided taking a position on the industrial rezoning, citing the fact that it’s a private zoning application, not a city one. In a letter to his City Council colleagues last week, Menchaca declared that he could not support the proposal without city funding for affordable housing and formal commitments from Kimball about the changes to the zoning.

“Because the city chose not to protect and invest in Sunset Park at a critical moment and because there is no legally binding contract to ensure Industry City delivers on their promises, offsets the rise in rents and displacement that a rezoning would exacerbate, or protect the manufacturing and green job potential of the waterfront, I cannot support their application,” he wrote.