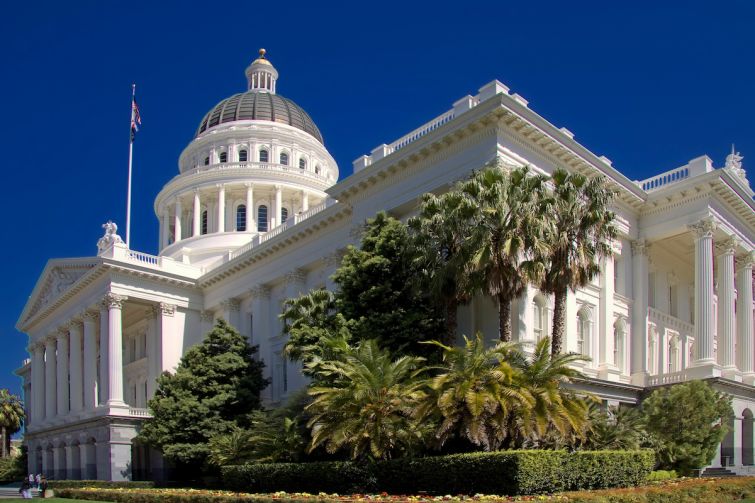 The authors of California’s Senate Bill 939 will announce critical changes Tuesday to limit its scope and eliminate the lease termination provision, which was one of the most contentious parts of proposed legislation that has the commercial real estate industry up in arms.

To address concerns from landlords and gain support for struggling tenants, Senator Scott Wiener told Commercial Observer that he is “significantly amending the bill” ahead of tomorrow’s Appropriations Committee hearing in Sacramento. That includes ditching the plan to allow financially-impacted tenants to end their leases if they didn’t come to a new agreement with landlords after 30 days.

“[It] was causing a lot of blowback,” Wiener said. “And our goal, of course, is never for leases to be canceled, but rather to encourage renegotiation.”

The senator is also planning to shorten the length of the moratorium on commercial evictions, as well as narrow the terms for which businesses would be covered, and under what circumstances it would apply. Wiener declined to share details about specific timeframe guidance ahead of the hearing, which was rescheduled for Tuesday morning at 9 a.m. (PT), and will be streamed online at www.sen.ca.gov.

“We’re trying to make sure that we are, in a very focused way, helping to save these small businesses who are at severe risk of disappearing, and doing so in a way that’s equitable, because there are many landlords who are also small businesses,” he said.

SB 939 started as a statewide moratorium on evictions for commercial tenants that can’t pay rent amid widespread, government-mandated social distancing orders. It was introduced after the coronavirus state of emergency was declared to protect the industries that are most affected by the economic shutdowns.

Last month, the bill was amended to allow small businesses — including eating or drinking establishments, and entertainment and performance venues — to trigger renegotiations to modify rent deals. The changes were met with widespread criticism from commercial landlord groups who argued it to be unconstitutional, and said it would “upend” leases around the state.

According to media reports, the California Business Roundtable said it was prepared to sue to block the bill as it was proposed in May. Sandy Sigal, CEO and founder of NewMark Merrill Companies — which operates shopping centers around the region — said SB 939 is a “bad piece of legislation” that makes landlords the “monkey in the middle.”

“We’re not just the guys sitting on a bunch of cash that we are trying to keep up away from our tenants,” he said during a CO panel discussion.

Wiener said he and his office have had numerous conversations over the past couple weeks with commercial landlord proponents from various parts of the state, including people who work with both tenants and landlords. He said it’s in everyone’s best interest to “preserve the status quo and allow these businesses to hold on for dear life and have a shot at reopening.”

“The more businesses that close down permanently, the harder and slower it’s going to be [for California] in terms of bouncing back,” he said. “If we want to have maximized resilience and maximize the speed with which we come back, we have to give these businesses a fighting chance to survive. And if we see mass destruction of restaurants and bars, and cafes, and retail, and hair salons, and gyms, we are going to struggle mightily to rebound.”

Wiener said he’ll learn more this week if the bills will gain enough support to pass.

“There are people who insist that all landlords are working things out with their tenants, which is not true,” he said. “There are plenty of landlords who are working things out with their tenants … we know that there are absolutely landlords who are doing the right thing by working to ensure that their small business tenants can continue to exist. But it’s just not universal, which is why the bill is necessary.”

Prior to this week’s amendments, Jonathan Zweig, associate with Cox, Castle & Nicholson, told CO that people on the property owner and landlord side are “concerned and anxious” about SB 939. He said triggering renegotiations “essentially rewrites contractual relationships between landlords and tenants.”

Zweig also said SB 939 doesn’t consider “the relative positions of the parties, their financial strength,” or the landlord’s financial obligations. He said the bill presents “pretty significant cash flow problems for owners and developers,” especially if it gives tenants the ability to defer rent for a period where their business has recovered.

“Landlords have numerous ongoing financial obligations — mortgage payments, tax payments, utility charges, service contracts,” he said. “Right now, the way that it’s drafted, the brunt of the legislation falls on landlords, and it really has a lopsided effect on them.”

Under the proposal, tenants qualify for rent deferral if they were prevented or delayed from opening, or if they lost more than 20 percent in revenue due to shelter-in-place orders. Separately, tenants could qualify if they see a decline of 15 percent in capacity due to health orders to prevent the spreading coronavirus.

With recent amendments, eating or drinking establishments and performance venues that saw revenue drop by 40 percent, or if they saw a 25-percent drop in capacity, would be able to trigger renegotiations. Zweig said SB 939 needs more guidance based on circumstance as opposed to a one-size-fits-all approach, and pointed out that a tenant could demonstrate a significant loss in capacity while still taking in revenue.

Opponents also warned it could be “incredibly detrimental to the relationship between tenants and landlords” throughout the state. Sigal said it sends the signal that “the landlord or the builder or the housing developer or the shopping center owner is the bad guy.”

“It demonizes one group and raises the level of another group,” he said during the panel discussion. “We should be very actively involved in telling our story, because when people understand our story, then there’s less likelihood to come up with all this legislation that punishes us as if we’re all Scrooge McDuck.”