US Retail Sales Drops a Record 16.4 Percent in April

The 16.4 percent drop during the coronavirus epidemic trounced March’s 8.3 percent decrease and was worse than economists feared. 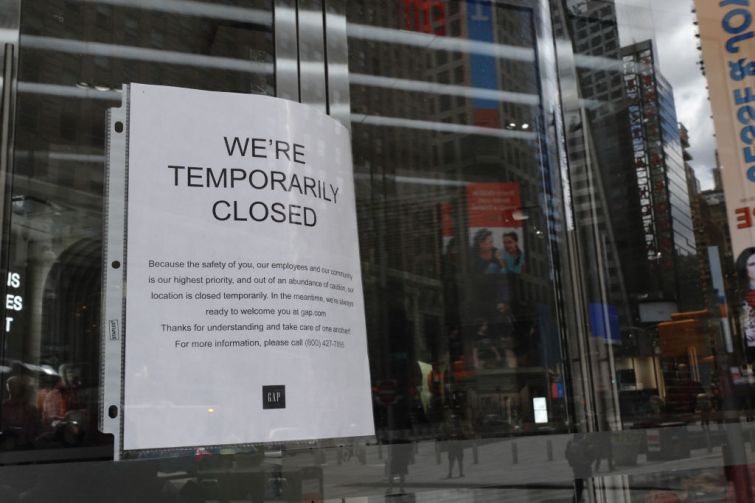 Retail sales in the United States plummeted a record 16.4 percent between April and March, with clothing stores seeing a jaw-dropping nearly 79 percent drop and online shopping proving to be a bright spot amid the coronavirus pandemic.

Total retail sales around the country were $403.8 billion in April, a drop from the revised $483.5 billion in March and a 21.6 percent decrease from the same time last year, according to figures released today by the United States Census Bureau.

March previously held the record for the largest month-to-month decrease in retail sales since the Census Bureau started keeping track of the numbers in 1992, but April’s sales trounced those numbers. (The Census Bureau revised the slump between February and March from 8.7 percent to 8.3 percent today.)

Since most of the strictest stay-at-home orders to slow the spread of the coronavirus didn’t go into effect until late March, many expected April’s numbers to be brutal but the figures were worse than expected. The Dow Jones surveyed economists who expected retail sales to fall by 12.3 percent between April and March, CNBC reported. The industry has been slammed as the coronavirus epidemic forced retailers to shutter and shoppers to stay at home, with millions of Americans losing their jobs.

Clothing stores fared the worst last month with a 78.8 percent drop in sales from March and plummeted 89.3 percent compared to the same time last year, according to the Census Bureau.

Food and beverage stores were a bright spot in March, with a nearly 27 percent increase in sales from February, but sales at those spots dipped by 13.1 percent from March to April, according to the report. The numbers were still a 12 percent increase compared to April 2019.

The numbers for April were severe but retail sales could fare slightly better in May as many states start lifting emergency coronavirus restrictions and stores reopen. As of Monday, the country’s largest mall owner Simon Property Group reopened 77 of its nearly 200 properties, Barron’s reported.

Retailers were already struggling to survive what has been dubbed a “retail apocalypse” beforehand until the coronavirus decimated their businesses and could be the final nail in the coffin for struggling brands.

Preppy clothing retailer J. Crew became the first national clothing chain to file for bankruptcy during the coronavirus pandemic this month and luxury retailer Neiman Marcus was the first major department store to do the same. But J. Crew and Neiman Marcus might not be alone.

Lord & Taylor will reportedly liquidate merchandise in all of its locations as soon as it’s able to reopen in preparation for a bankruptcy process that it doesn’t plan to survive while department store JCPenney missed most of its May rent and is expected to file Chapter 11.