Nordstrom to Shutter 16 Stores; Lord & Taylor to Liquidate All Locations 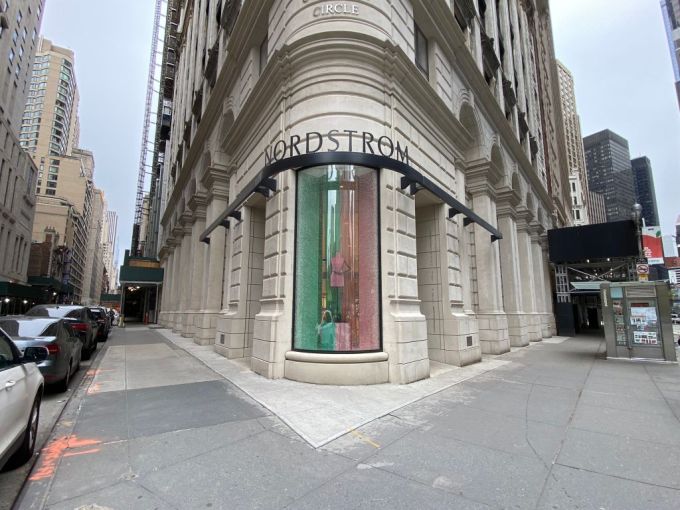 The coronavirus pandemic’s impact on already struggling department stores continues as Nordstrom plans to permanently shutter 16 stores while Lord & Taylor will reportedly liquidate merchandise in all of its locations as soon as it’s able to reopen.

Nordstrom — which also owns the discount Nordstrom Rack brand — announced plans yesterday to close 16 of its 116 full-line stores and reopen the others in a phased approach.

The Seattle-based company said the move will save it about $150 million and it will incur a non-cash impairment write off for the closures.

“We’ve been investing in our digital and physical capabilities to keep pace with rapidly changing customer expectations,” Erik Nordstrom, the CEO of Nordstrom, said in a statement. “The impact of COVID-19 is only accelerating the importance of these capabilities in serving customers. More than ever, we need to work with flexibility and speed.”

Nordstrom did not give a timetable for when the phased reopening of its stores — which temporarily closed on March 17 — would begin and declined to provide a list of the locations that will be permanently shuttered.

The department store made a splash in New York City last year when it planted a seven-story,  320,000-square-foot flagship at 235 West 57th Street, anchoring one of the condominium buildings on Billionaires’ Row. Whether this will affect the flagship was not something Nordstrom addressed in his statement.

While Nordstrom still looks to keep locations whenever emergency coronavirus protocols are lifted, not every retailer will be so lucky. Lord & Taylor — one of the country’s oldest department stores — plans to liquidate the inventory in all of its 38 outposts as soon as they’re allowed to reopen as part of a future bankruptcy process it does not plan to recover from, Reuters reported.

Retailers were already struggling to survive what some have dubbed a “retail apocalypse” before the coronavirus pandemic left most unable to keep their doors open and dried up their sales.

In March, retail sales in the United States fell a record 8.7 percent with an even greater drop expected in April since the strictest stay-at-home orders around the country didn’t go into effect until late March. Many companies have cut executives’ salaries and laid off or furloughed staff in an effort to survive.

James Famularo, the president of Meridian Retail Leasing, previously told CO the coronavirus pandemic will quicken the death of already cash-strapped retailers around the country.

“Anybody that was on thin ice, so to speak, before the pandemic is going to either file for bankruptcy or close,” Famularo previously told CO. “If you were having a difficult time before the closures and COVID-19, I can’t see how you operate.”