LA Cracks Down on Nonessential Businesses That Opened Despite Pandemic

Sixty establishments have been charged for violating shelter-in-place orders 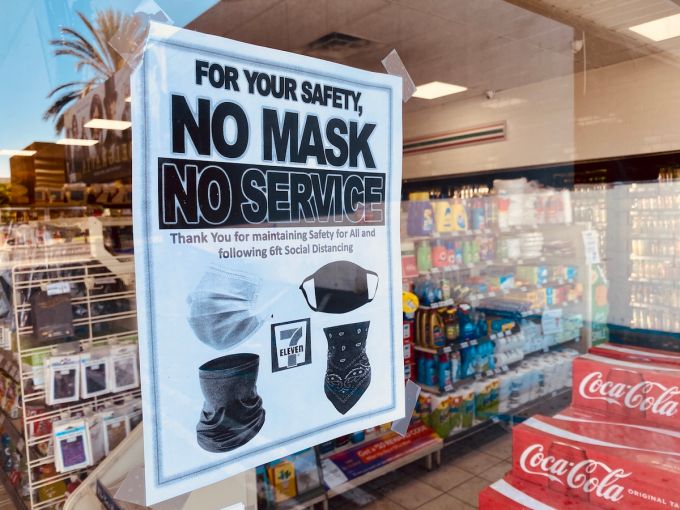 Los Angeles City Attorney Mike Feuer is cracking down on companies that kept their doors open for business despite citywide orders to remain closed to curb the spreading coronavirus.

Rob Wilcox, spokesperson for Feuer, told Commercial Observer that offenders can face up to a $1,000 fine and six months in jail.

Citing Dr. Anthony Fauci, director of the National Institute of Allergy and Infectious Diseases, Feuer said “all our hard work to slow the spread of COVID-19 could be squandered if businesses violate the rules and open prematurely.”

“Of course, all of us want to get back to work and return to our routines, and I’m extremely sympathetic with businesses that are struggling so much right now,” Feuer said in a statement. “But we will get our economy going sooner if all of us have the discipline to follow the rules now. So, as we begin the task of carefully reopening L.A., my office will continue to be vigilant in enforcing the Safer at Home Order, ensuring that nonessential businesses open only after our health experts say it’s safe to do so.”

Earlier this week, the L.A. County Department of Public Health said it found, of 410 businesses that were surveyed, 162 were in violation of health orders dictating how they can reopen. The businesses were allowing customers in the stores and not following physical distancing measures, and not requiring them to wear cloth coverings, according to the department.

Governor Gavin Newsom announced earlier this month that the state entered the second stage of the reopening process, allowing some lower-risk workplaces to operate with adapted operations and curbside pickups. It includes some retail, manufacturing, and logistics businesses, as well as bookstores, clothing stores, florists and sporting goods stores.

On Tuesday, he announced guidelines for some counties to open some dine-in restaurants with restrictions, as well as some shopping malls in areas that can demonstrate that they have met state standards. The criteria includes a reduction in the rate of new coronavirus cases, adequate testing and tracing, and sufficient health care system capacity. Those businesses will also have to abide by state guidelines for physical distancing after they open.

Employees who cannot work from home can soon return to offices in those areas that complete risk assessments and develop protection plans, which includes training employees on safe practices at work. Only a handful of mostly rural counties have been certified, according to media reports.

Garcetti and Newsom have warned that dense areas like L.A. will reopen on a different timeline than other parts of the state. And earlier this week, county officials indicated that the stay-at-home orders will remain in effect, but they will be slowly relaxed going into the summer as different businesses will be allowed to reopen in phases.

“While the city’s Safer at Home order will remain in place beyond May 15, we will also continue to adjust the order gradually — to safely allow more activities, more businesses to operate, and more Angelenos to get back to work,” Garcetti said in a public statement this week. “We’re not moving past COVID-19, we’re learning to live with it — and we will keep taking measured steps toward a new, safer reality in the days and weeks ahead.”

On the state level, the third and fourth stages will come over the next few months. The third stage includes opening higher-risk workplaces like gyms, spas, hair and nail salons, as well as entertainment venues like movie theaters or sports venues without live audiences. But they will also include restrictions such as limits to the size of gatherings. The final stage will include concert venues, convention centers, live audience sports — “the highest-risk environments.”