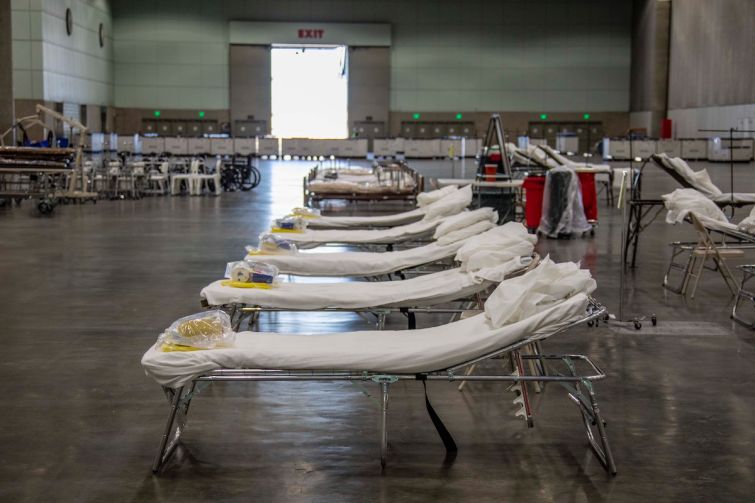 The director of the Los Angeles County Department of Public Health today indicated that its shelter-in-place orders will be extended for another three months, bringing the prospect of curbed activity into August.

“We know, with all certainty, that we would be extending health officer orders for the next three months,” Dr. Barbara Ferrer, the public health director, said during an L.A. County Board of Supervisors meeting. “Our hope always is that we’re able, by using the data, to lift restrictions slowly over the next three months.”

Later this week, the department will issue a new order that will lay out additional directives, according to Ferrer. L.A. County’s stay-at-home orders, known as the “Safer at Home” program, were initially extended to May 15. But last week, officials announced they will continue slowly easing restrictions in phases even after that date.

Officials also announced they reached the second of five stages, where low-risk sectors like florists, golf courses and hiking trails can open with limitations. Museums, and essential health care facilities could open soon in the current phase. But higher-risk businesses like bars, nightclubs, schools, movie theaters and large spectator events are still to be determined. A three-month extension brings the prospect of restrictions lasting until August.

Ferrer said restrictions to slow the spreading coronavirus will be continued unless there is a “dramatic change to the virus or the tools that we have at hand to actually fight against [it].”

Ferrer added that “without good therapeutic medicines that are widely available and widely effective, without a vaccination, and without the sort of home-testing, rapid-test kit,” that restrictions should be in place.

“Recovery will be months-long, based on the tools that we have on hand today.” she said.

As of Tuesday afternoon, health officials identified 33,180 positive cases of coronavirus across L.A. County, and a total of 1,613 deaths.

Ferrer spoke as the board considered extending a moratorium on evictions for both commercial and residential tenants via a measure by Supervisor Sheila Kuehl. The original proposal extended the moratorium until August 31 — per Ferrer’s advice — but an amendment was added by Supervisors Kathryn Barger and Janice Hahn to only extend it to June 30. Then they will reevaluate every 30 days to provide further extensions.

The motion was approved as amended, despite Kuehl’s attempt to defeat the amendment.

The measure extends the moratorium to previously unprotected commercial or residential tenants in unincorporated areas, as well as those who are in jurisdictions that are not protected by local city eviction moratorium ordinances.

Barger said her office continues to hear from more people who are struggling and concerned they may not have jobs to return to, and the business owners are concerned whether they will be able to rebound after the closures are lifted.

“Staying at home is crucial as we flatten the curve, as we’ve seen that firsthand,” Barger said at the meeting.