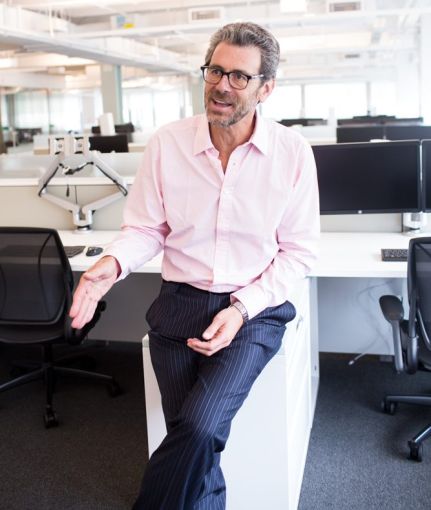 Reports of the death of the office are greatly exaggerated, so says Anthony Malkin of Empire State Realty Trust (ESRT).

Despite major companies considering shrinking their office footprint and some investors shorting real estate stocks, Malkin said during a recent Commercial Observer webinar that employees will want to flock back to their offices in search of the human interaction that’s been sorely missed during the coronavirus pandemic.

“There will be such a demand for social interaction, such a demand for contact,” Malkin said, once the pandemic wanes. “The young creative people who make our businesses work, they don’t want to be stuck at home.”

Malkin pointed to studies that found communicating through video chat can make it harder to process non-verbal facial cues as opposed to face-to-face conversations while people are more aware of being watched, which makes Zoom calls more draining.

Malkin cast a dubious eye on Facebook’s announcement that half of its staff will work remotely full-time in the next five to ten years.

“It’s kind of like the evil empire over there at Facebook,” Malkin said. “What do you achieve when you have people working from home? They can’t communicate well with each other, they do remain isolated, [Mark Zuckerberg] can pay them differently for the same tasks, there’s no ability to communicate and relate. If you look at what he does and the way he does his business, he likes the way he can get those people isolated.”

But it’s not just blind-faith and optimism that has Malkin confident tenants will still lease space in his portfolio, which includes the iconic Empire State Building.

The company turned heads last month when Starbucks signed a massive 23,000-square-foot lease to open one of its roastery locations in the Empire State Building. (The deal was in the works for years but still cleared the finish line during COVID-19.) ESRT also inked a deal with life insurance brokerage Winged Keel Group for a full-floor at One Grand Central Plaza.

But the outlook for New York City isn’t all rosy post-COVID-19. Malkin said he expects there to be a migration of residents to the suburbs and an increase in office vacancies around the city. ESRT also had to deal with companies not paying rent during the pandemic.

He added his company was more than willing to work with smaller companies struggling to survive, his ire was more directed at larger brands like LVMH, Nike, Staples and some law firms who have not paid or slashed employees’ salaries.

Malkin also had strong words for coworking companies — especially WeWork — long a target of his ire.

He has refused to do deals with the companies, largely due to the excessive wear and tear he feels they put on a property, and his stance is starting to be vindicated.

Coworking companies are struggling to survive, laying off workers while they’re forced to close locations, and people are questioning if WeWork can stay alive.

WeWork is facing a mutiny from members upset over its decision to continue to collect fees during the coronavirus lockdowns — with some threatening a class-action lawsuit — while it skipped out on some of its rent and is working to renegotiate leases.

“It was not a question of if, but when, they would get in trouble,” Malkin said. “I think that the whole business model, there wasn’t a really good reason for it in the first place.”

Other landlords did not feel quite as strongly as Malkin and leased scores of space to coworking brands. In Manhattan, coworking companies occupy 14.7 million square feet, a total of 3.1 percent of the borough’s office inventory, according to a report by Savills.

WeWork — which is the biggest office tenant in Manhattan across any industry — leases 8.5 million square feet alone and represents 58 percent of all coworking in the city, the report found.

“I do see some landlords that get really hurt from this,” Malkin said. “But they made the decision to rent to them in the first place.”

“Any single [landlord] that spoke to me about it, I said, ‘Don’t do it… You’re leasing to some whacko, Svengali dude,’” Malkin said, an apparent reference to WeWork co-founder Adam Neumann.