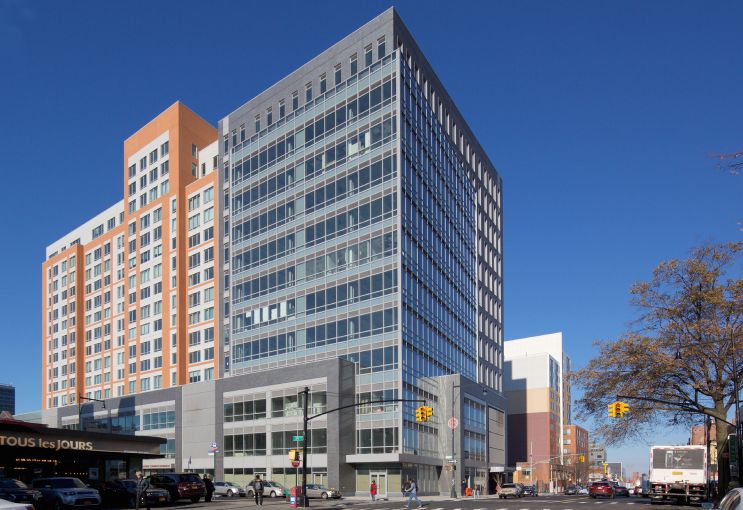 The condo — which Thor purchased with United American Land — is part of the two-building, 1.8-million-square-foot Flushing Commons development at the corner of Union Street and 39th Avenue, a source with knowledge of the deal said.

“Downtown Flushing has a thriving central business district and we see tremendous opportunity in the desirable market,” Sitt said in a statement. “After turning our attention towards building our Thor Sciences and ThorLogis platforms, we are excited about our first retail acquisition in New York in nearly five years.”

Tenants in the retail portion of the development include Atelier Fashion, Metro City Bank and Chinese hot-pot chain HaiDiLao, which opened its first U.S. location in the project last year.

“Downtown Flushing has become a popular destination for locals and tourists alike,” Melissa Gliatta, the COO of Thor Equities, said in a statement. “With an impressive roster of tenants and plans for expansion, Flushing Commons is an excellent addition to Thor’s portfolio, and we are excited to build our presence in Queens.”

Spokespeople for F&T and AECOM did not immediately respond to requests for comment. A spokesman for the Rockefeller Group declined to comment.

New York-based Thor, which Sitt founded in 1986, has turned its attention to industrial as the city’s retail market has been sluggish and Thor defaulted on several loans tied to its properties.

Thor also sold a pair of commercial condos at 51 Greene Street it owned with Premier Equities for $14.6 million in April 2019 and unloaded its nearly 200,000-square-foot retail site in Gravesend, Brooklyn, for $73 million that October. It also switched gears last year on its Red Hook project at 280 Richards Street from office to turn it into a last-mile warehousing site, The Real Deal reported.

But even as Thor shifted to industrial, it has dealt with some troubles in its retail portfolio. Its $30 million CMBS loan at its office tower at 545 Madison Avenue and $37 million note on a retail property at 115 Mercer Street were both sent into special servicing last year, as CO previously reported. Its $17 million non-performing CMBS loan on its retail building at 1006 Madison Avenue was put up for sale last summer.

U.S. Bank National Association filed a suit against Thor in December 2019 to foreclose on the retail property at 494 Broadway, claiming the developer has been seeking “unrealistic rents for new leases, ensuring that vacancies mount,” TRD reported.

Update: This story has been corrected since publication in regard to the square footage of the retail condo and add a comment from Melissa Gliatta.