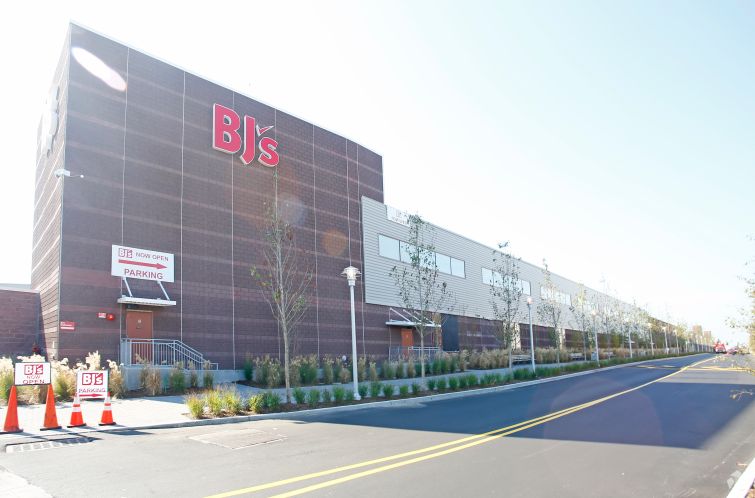 Joseph Sitt’s Thor — which has recently started to pull out of the city’s retail market to focus on the industrial sector — sold 1752 Shore Parkway to Algin Management in a deal that closed last week, according to Thor and city records.

The sales price translated to about a 5.75 percent cap rate, which ranks among the tightest cap rates for a single-tenant BJs property trade, according to Thomas Dobrowski at Newmark Knight Frank, who brokered the deal for Thor.

The South Brooklyn waterfront site has a 136,000-square-foot big box store currently leased to BJ’s, public esplanade and a three-level, 60,000-square-foot parking garage, a spokeswoman for Thor said. The tenant signed an absolute net lease which runs through 2034, according to marketing materials.

Thor bought the land for $10 million in 2005 and broke ground on the project after signing a long-term lease with BJ’s in 2012, which opened in 2014, Thor said. The firm put the store up for sale in May with an asking price in the mid-$70 million range, The Real Deal reported.

“After purchasing the site in 2005 and breaking ground for BJ’s Wholesale Club in 2012, we felt the time was right to sell this desirable waterfront development on Brooklyn’s Shore Parkway,” Sitt, the chairman of CEO of Thor, said in a statement.

Representatives from Algin did not immediately respond to a request for comment.

Thor, which was founded by Sitt in 1986, made its name with its investments in the city’s retail sector but has recently shifted its strategy to pull out of the market and look towards the last-mile warehouse space, as CO previously reported.

The developer recently switched gears on its Red Hook project at 280 Richards Street from office to turn it into a last-mile warehousing site and in April sold a pair of commercial condominiums at 51 Greene Street it owned with Premier Equities for $14.6 million, TRD reported. But Thor’s switch to industrial hasn’t come without any wounds.

In May, its $30 million CMBS loan at its office tower at 545 Madison Avenue was sent to special servicing due to “severe cash flow issues” and its $17 million non-performing CMBS loan on its retail property at 1006 Madison Avenue was put up for sale in July, as CO previously reported.

NKF’s team also included David Zambratto, while Ronda Rogovin of Compass brokered the deal for Algin, a source with knowledge of the deal said.