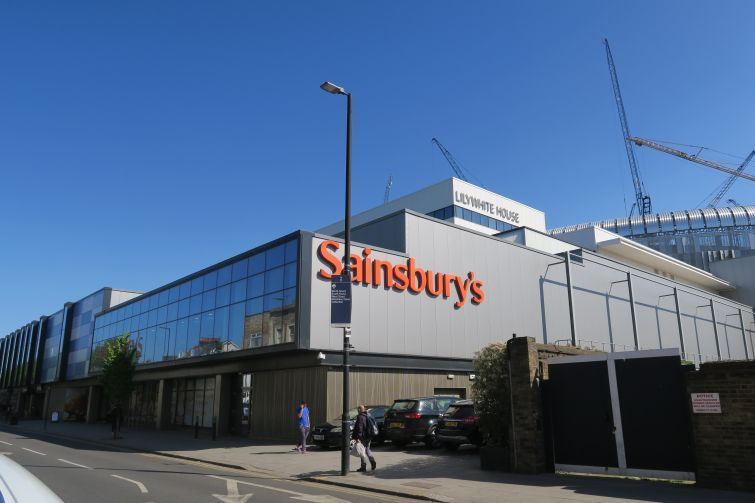 Thor Equities is doubling down on a burgeoning global logistics strategy with a new acquisition in the U.K.

The New York-based firm closed in recent days on the acquisition of a 2.2-million-square-foot warehouse space in England, Commercial Observer can first report. Thor is paying £241 million — about $311.9 million — to buy the seven-asset portfolio from SEGRO, a London-based commercial real estate investor with a purview that spans the U.K. as well as eight European Union countries.

Morgan Stanley joined the acquisition as an investor, as per a Thor spokeswoman, although the company declined to provide additional details about the bank’s role or about whether the purchase was leveraged with any debt.

The move comes on the heels of two other large industrial investments for Joseph Sitt‘s company on the other side of the Atlantic Ocean. The company said it began exploring a move away from its legacy New York City portfolio, which leaned heavily on retail, in the mid-2010s amid concerns that property values were growing unsustainably.

The newly acquired assets, known as the Tudor Portfolio, mostly lie within England’s Golden Triangle, a triangle roughly demarcated by corners at London and the university towns of Oxford and Cambridge. (The only exception is a warehouse in Hoddesdon, about 15 miles north of London.)

Tenants who rent space at the warehouses include Sainsbury’s, a large British supermarket chain, and DHL, a German shipping company. The purchase will also make Thor landlord to Clipper Logistics, Beko — a Turkish appliance maker — and British Gas.

“The Tudor Portfolio offers a tremendous opportunity for Thor to expand our logistics platform and further establish our presence in Europe,” Sitt, Thor’s chairman, said in a statement. “We are pleased to partner with Morgan Stanley on this strategic acquisition and sustain our growth strategy abroad.”

David Hunt-Cuadrado, Thor’s head of European acquisitions, added that the company sees UK warehouses as a strong value play at the moment. A spokeswoman said the company is actively exploring other European logistics acquisitions as well.

In July, the firm spent about $300 million to buy a different U.K. industrial portfolio, also from SEGRO. In October, Thor followed that move up with the purchase of a 400,000-square-foot warehouse in Lisse, a town in the Netherlands’ tulip region about 15 miles southeast of the Dutch capital of Amsterdam.

Thor has also eyed a shift to the industrial sector closer to home. Earlier this year, it dropped plans to build an 800,000-square-foot office complex in Red Hook, Brooklyn, announcing it would construct a logistics facility there instead.

In the years since the company announced its strategic shift, the company’s retail holdings in the Big Apple have sometimes stumbled. Thor has handed over control of several Manhattan retail assets to other investors, as Commercial Observer reported in March, including 1231 Third Avenue, 218 West 57th Street and 685 Fifth Avenue.