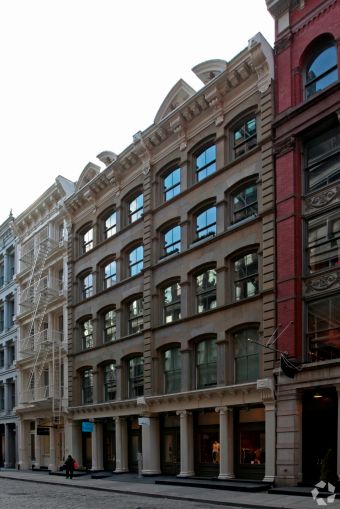 A $37 million commercial mortgage-backed securities loan backed by Joseph Sitt’s retail asset at 115 Mercer Street in Soho has been sent to special servicing, according to a Fitch Ratings alert.

The debt was transferred to special servicer Rialto Capital Advisors on March 29 due to payment default, and marks the loan’s first trip to special servicing. It first hit the servicer’s watchlist in January 2018.

The 10-year, interest-only loan, which carries a 4.4 percent rate and 64 percent loan-to-value, was originated by Deutsche Bank subsidiary German American Capital Corporation in December 2014. The note comprises 2.7 percent of the roughly $833.6 million COMM 2015-DC1, Deutsche Bank-sponsored CMBS transaction, according to information from Trepp.

The loan’s debt service coverage ratio (DSCR) was 1.46x as of December 2018, which is lower than its securitized DSCR of 1.59x.

In December 2017, Thor was notified that Kooples Bloom was planning to vacate its lease on May 15, 2018, triggering a lease sweep and deposit of all remaining loan amounts into a lease sweep account. This February, Derek Lam vacated its original space in the larger retail box now occupied by Kooples.

A source with knowledge of the asset and its leasing said that there’s been no change to the loan and that it was transferred to special servicing while the owner closes in on renegotiations with the two current tenants, one of which—Derek Lam—hasn’t paid rent at the location since last year.

Correction: A previous version of this article misstated that Kroll Bond Rating Agency held a positive outlook for the asset.